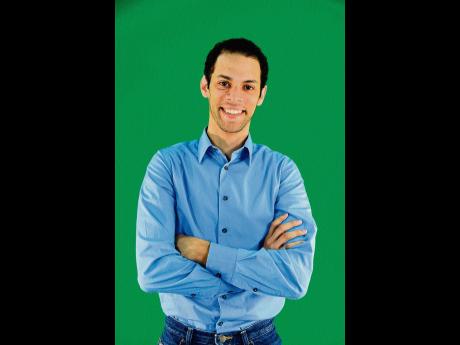 On October 30, 2006, Britons who turned to Channel 5 got an unexpected eyeful. A man and woman were having sex on the telly. Not movie sex. Not simulated sex. Real, unadulterated, bed-pounding, Negril-vacation sex. No modesty was spared. Tiny cameras and lights were strapped to the man’s erect penis, and inserted into the woman’s aroused vagina. After a few minutes of this coitus abruptus, viewers watched from the claustrophobic confines of her cervix as his semen spurted and dribbled.

What was this frontal assault on the senses? ‘A Girl’s Guide to 21st Century Sex’, an eight-part series presented by the aptly named Dr Catherine Hood, an Oxford lecturer and sexual-health expert. In a move that would make Jamaican religious conservatives faint en masse, it was broadcast over-the-air (on the British equivalent of our CVM-TV), free and nationwide, during the hallowed Christmas season. When a few viewers predictably complained that it was “inappropriate [for] vulnerable young girls”, the English regulators kiboshed the objection, because the content ‘sought to inform and educate rather than stimulate or arouse’.

Wait, don’t write the editor just yet. I’m not advocating for mainstream pornography, the US$8-billion industry pumping out 50,000 movies a year. Quite the opposite. There are few things unhealthier for our cinnamon population than watching dehumanised blonde women with artificial proportions get paid to fake orgasms. Those staged bonkfests are more eradication than education, undoing all the progress we’ve made in congress.

Another caveat: Allowing children unfettered access to the Internet is always a bad idea. Just as you restrict their movement in the real world, parents should monitor their kids on the Web, and for the same reasons. (And if you think your angels won’t find the online red-light district, think again — 70% of children now stumble on to hardcore content as young as age 11.)

But adults, and maybe even adolescents, should deliberately find the elephant in the bedroom — crowdsourced sex video sites modelled after YouTube. (Like YouTube, thousands of people upload their home movies, but with fewer pets and more privates.) These ‘tube’ sites, which actively resist piracy and exploitation, have shot up in popularity, handling more data than Hulu and more traffic than Netflix. With good reason. Visit one, and you open a browser window into the vast, beautiful, irreducibly complex landscape of humanity. In other words, you see regular people having regular sex.

This is huge. Having sexual urges, and questions about how to satisfy them, is part of being human. But asking those questions in Jamaica is often fraught with peril. Peers mock, parents blush, pastors condemn. Inexperienced adults are left stranded, afraid to reveal their naivete. Married adults are expected to perform lovingly and dutifully, despite a culture that raised them to be alternately chaste and violently sexual. Older couples are supposed to live in the space between barrenness and boredom. And to add insult to impotence, masturbation is usually verboten. Our religion and morality leave precious room for the birds and the bees to fly free, no matter your age and stage of life.

Public videos of amateurs satisfy that natural curiosity while reinforcing a positive body image and a tolerance for diversity. By definition, no money changes hands. The camera is generally a tasteful distance away. And the participants, as you would expect, are more focused on what they’re doing than what they look like doing it. Tall and short, thin and fat, young and old, black and white and every permutation in between — this is the human race at the starting line.

The result, even more than ‘A Girl’s Guide’, is not something pornographic but rather psychographic, capturing how and where and sometimes why people make love. And if the Brits are any example, watching all that ordinary copulation can be an extraordinary contraceptive.