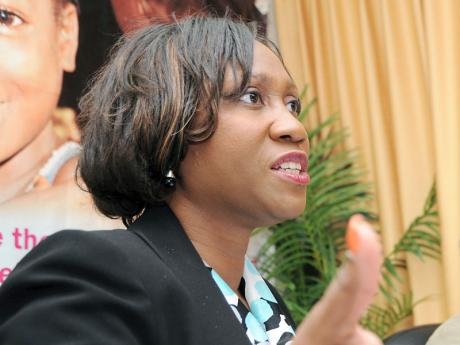 Children's advocate Diahann Gordon-Harrison is expressing grave concern over the fact that some teachers are "exhibiting predatory sexual behaviour" towards children in schools and that other members of staff are choosing to cover it up.

"I don't, for a moment, think that these things are happening in every school or at the hands of every teacher but data shows it is happening," she said.

Gordon-Harrison made the revelation on Tuesday at the Kingston Bookshop's Teachers' Luncheon and Awards Ceremony at the Terra Nova Hotel in St Andrew. She was the guest speaker.

Data generated within the Office of the Children's Advocate (OCA) indicate that for the last quarter of 2013, there were 14 cases of sexual interference with children, reportedly at the hands of teaching professionals, that were reported to the OCA.

For the four-month period of January - April 2014, the OCA figures revealed 22 reports were made to the office in which it was alleged that acts of sexual impropriety were perpetrated against students at the hands of teaching professionals.

"Perhaps even more alarming, however, is that when we set out to conduct the necessary investigations as we are duty bound to do at the OCA, we sometimes get comments from other teachers on staff that everybody knows but they are not willing to say anything," she said. "Or that a principal may have been advised of an incident involving a staff member but decided to quash it because the reputation of the school is at stake. Another response which we have received is that the particular proclivity of the teacher in question is no secret but he is a very good teacher and something like this (if it became known) would ruin his career," Gordon-Harrison continued.

When contacted, Dr Mark Nicely, president of the Jamaica Teacher's Association, stated they do not, under any circumstance, support the abuse of children, whether sexually, physically or psychologically.

"In relation to what the children's advocate said, some of it we are aware of, however, the extent of it was not known. It was enlightening and not in a positive way either," he told The Gleaner.

Allegations of a crime

"We understand that what she spoke to were cases where persons would have called their hotlines to make reports, so these reports have to be treated as allegations of a crime being committed. We are asking the authorities to investigate those matters promptly, and once it is found that a teacher or any person working in the care of children is guilty, then we expect the full length of the law to be applied," Nicely added.

Disturbed by the actions of some school administrators, Gordon-Harrison said she wanted to know, how then would it be possible to conduct investigations which can be used to hold more people accountable.

"This is just plain unacceptable. If one thinks of the effects of sexual abuse on a child and truly appreciates that, we will recognise that this is no joke!" Gordon-Harrison exclaimed.