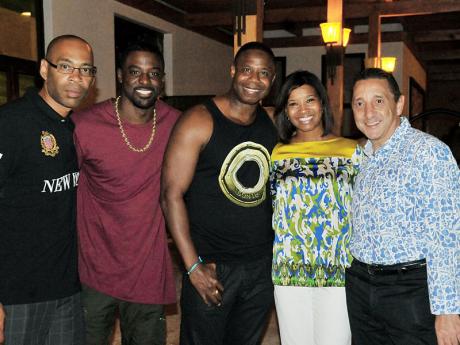 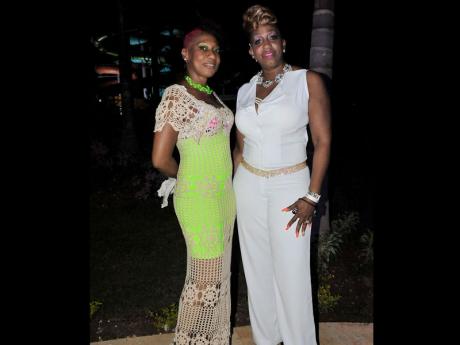 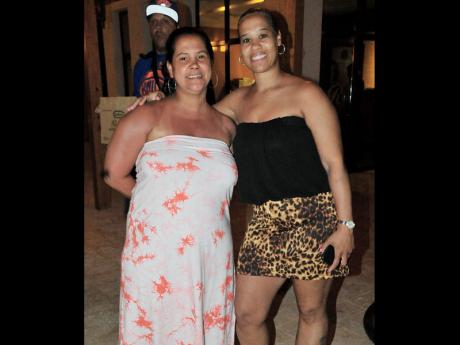 Friends, Irma Ochoa (left) and Darlene Gaston, are all smiles.
1
2
3

Patrons at the super luxurious Royalton hotel in Trelawny were in for a real treat on Saturday night when recording artistes Joe, SWV, veteran rapper Doug E. Fresh, and Brownstone delivered a slew of hits that had everyone singing and dancing along.

Also in the mix was actor and model Lance Gross, who plays Calvin Payne in the hit comedy House of Payne on TBS, and Tyler Perry movies Meet the Browns and Temptations.

The occasion was also a made-for-TV event, as SWV had their camera crew in tow to capture their performance as part of a documentary on the '80s all-woman group.

The occasion was the Jamaica Splash Fest, organised by World Travel Group on behalf of New York-based radio station WBLS/Hot97FM, as part of a vacation package to lure visitors to the island.

More than 320 guests took up the vacation package, mainly from the United States north east region, which was an excellent way of marketing WBLS/Hot97FM to a wider audience, and to introduce them to Jamaicans, being the second most streamed radio station in the world behind the BBC.

The patrons soaked up all that SWV had to offer in a blistering 45 minutes set. Doug E. Fresh, credited for bringing the hip-hop genre to the world, gave a virtuoso performance which resonated well with the guests who were in an obvious retro mood.

Signed to the Michael Jackson label in the 1990's, Brownstone, better known for the hit Grapevine, was sultry smooth, and the audience showed their appreciation.

But it was Joe who had the most responses. A regular to the island, he was at his best in an unplugged set that went down very well. At the end of the night, everyone left very satisfied.

New Jersey native Akilah Ealy enjoying her time at the Royalton hotel, saluting the performance of Doug E. Fresh who was onstage when we snapped her.