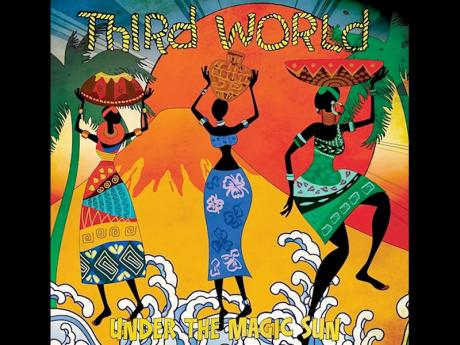 Album cover for the new Third World album, 'Under the Magic Sun'. - Contributed

Titled Under the Magic Sun, the album is slated to be released by Cleopatra Records on June 10. The 14-track effort will feature inventive versions of pop and rock classics, including Bread's Everything I Own, REO Speedwagon's I Can't Fight This Feeling Anymore, and Creedence Clearwater Revival's Have You Ever Seen The Rain.

It will also include a re-visitation of the band's mega-hit 96 Degrees In The Shade.

The album, which is also available on yellow vinyl can be pre-ordered on Amazon at http://smarturl.it/utmsvinylamazon.

A CD version and digital copies of the album will also be available.

Although Under the Magic Sun is the first album to be released by the band since the death of its lead singer William 'Bunny Rugs' Clarke, the group began working on the project before his death on February 2.

A.J. Brown, who replaced the ailing Rugs on some of the shows during the group's 40-year anniversary celebrations, officially joined the group in March.

The band is one of the longest surviving reggae bands of all time. They have also been very consistent in crossing over into the international market, mixing elements of R&B, funk, pop, and rock.

Third World is billed to perform at Reggae on the River in August but is expected to perform a few shows in the island later this month.