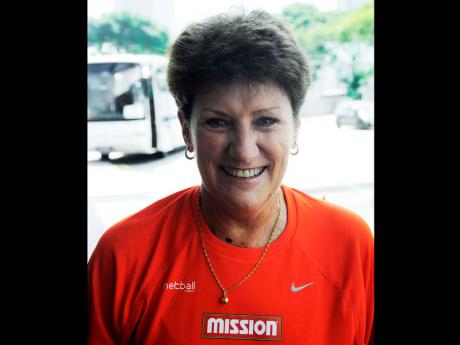 Technical director of Netball Jamaica (NJ), Jill McIntosh, says one way of improving the Berger Paints Elite League is to have the teams play each other on a round-robin basis.

"I think once the league becomes more accepted, then next year, it would be nice to have each team playing each other twice," said McIntosh.

"This year, they only played each other once, and so it was a very quick league. But if next year they could play each other twice, then that would be nice."

The Elite League, which began on March 4th, replaced the Berger Paints Super League as the top club netball competition in the island.

At this stage, it is now down to game two of the best-of-three finals, which is being contested by Kingston and St Andrew Humming Birds and St Catherine Racers. The Racers lead following their 51-31 victory in game one last Friday. Game two will be played on Friday at the Leila Robinson Courts.

McIntosh, an Australian, is pleased with the standard of play.

"I think it has been good for a league that was very quick to get up and running," said McIntosh. "I think it has produced some very close games, and that was the whole aim of it.

"Overall, I am pretty pleased with it (standard) because I have seen most of it. I wasn't here at the beginning, but I have seen nearly most of the games, and I think the games have been really good," McIntosh observed.

McIntosh is particularly pleased with the performance of the junior players.

"...Some of the younger ones are playing with the older ones and more experienced ones in their particular league teams, and they've had to fight out some particularly tough games," said McIntosh.

"Last week in the semi-finals, there was a really tough game, and some of the youngsters stood out nicely," she stated.

Meanwhile, NJ has announced a provisional 21-member squad for this year's Commonwealth Games, which will be played in Glasgow, Scotland, in July. The squad will ultimately be reduced to 12.