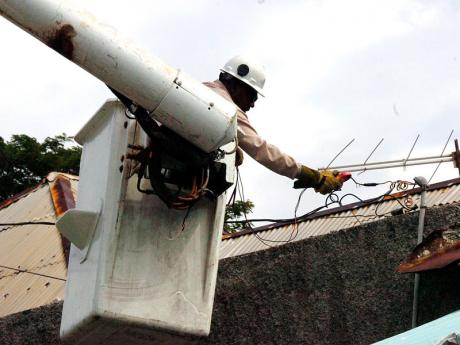 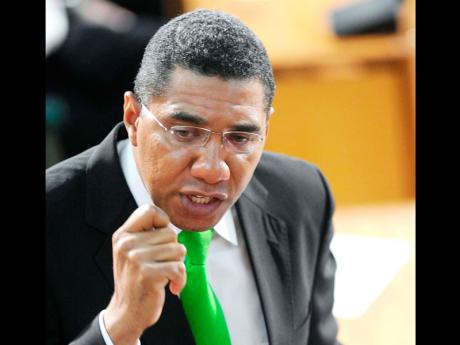 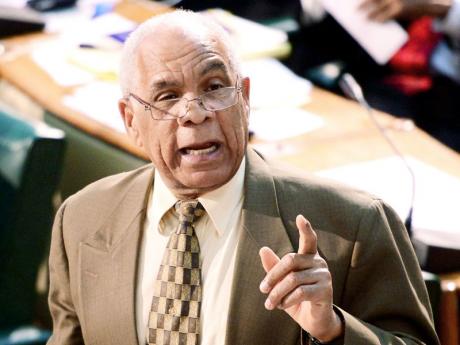 Julian Robinson, state minister in the Ministry of Science, Technology, Energy and Mining, has been assigned to lead a task force to engage politicians to take the fight to electricity thieves, even as the Jamaica Public Service Company (JPS) warned that it remained determined to rid its grid of the scourge.

With the high incidence of electricity theft plaguing garrison constituencies represented by prominent members of the country's two major political parties, Robinson told The Gleaner that Prime Minister Portia Simpson Miller has emphasised that part of the solution must zero in on political representation.

The meeting between the JPS and a government team led by Simpson Miller agreed to the establishment of a joint Government-JPS committee, under Robinson's chairmanship, to look at a range of solutions to address electricity theft and related matters.

At the same time, the Office of Utilities Regulation (OUR) has signalled that it has no intention of letting up on its cease and desist order, when it stressed that the JPS was being investigated under the OUR Act.

The Robinson-led committee is scheduled to have its first meeting next week.

"We had a very constructive meeting, and we will examine some specific proposals next week to deal with the issue of electricity theft," he said.

Robinson told The Gleaner that Simpson Miller instructed that part of the solution must involve political representatives, in collaboration with the Social Development Commission.

Late yesterday, the JPS indicated to The Gleaner that it remained steadfast in its resolve to find ways to get illegal connections off the grid, as its actions have far-reaching implications for customers and its operations.

The JPS carried out anti-theft operations in Windsor Heights and Windsor Meadows, as well as Big Lane and Little Lane in Central Village, St Catherine, yesterday, tearing down 1,085 throw-ups, and removing 13 illegal meter connections. A pharmacy operator on Barnett Street in Montego Bay, St James, was also arrested and charged for the illegal abstraction of electricity yesterday.

"Electricity theft sends up the cost to paying customers and compromises the safety and reliability of the power that the company provides to legal users," said Winsome Callum, the JPS's director of communications.

"We are ready to partner with the Government, political representatives, the security forces, our paying customers and other stakeholders to ensure that sustained solutions are implemented to address this national problem," Callum added.

She stressed that the JPS has complied with the directive issued by the OUR to stop the energy-curtailment strategy, which negatively affected paying customers during the four-day period that it was implemented.

Added Callum: "The company regrets the temporary inconvenience to our customers and wishes to thank each and every one who has continued to pay their bills."

The meeting, held at Jamaica House, was also attended by Dr Omar Davies, minister of transport, works and housing. Data released by the JPS showed that electricity theft is prevalent in some communities located in the South St Andrew constituency he has been representing since 1994.

Other government officials who accompanied Simpson Miller to the meeting with JPS executives were Horace Dalley, minister with responsibility for the public service in the Ministry of Finance; Sandrea Falconer, minister with responsibility for information in the Office of the Prime Minister (OPM); Attorney General Patrick Atkinson; as well as Robinson.

Simpson Miller reportedly made it clear that the Govern-ment does not support the theft of electricity. However, she said the JPS must search for ways to deal with the matter of illegal connections without punishing customers who were paying for the service.

"Legitimate customers cannot be forced to suffer for those who break the law," the prime minister reportedly told the JPS executives.

The OPM said the JPS expressed regret at not having dialogue with the Government prior to its decision, and also apologised to its paying customers who were affected.

The communities identified with more than 70 per cent electricity theft are:

Most of the areas listed by the JPS as having more than 70 per cent electricity theft are represented by top-flight politicians.