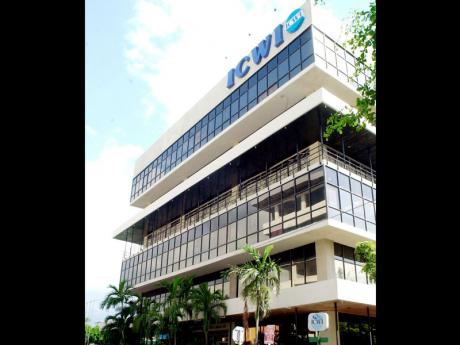 The Insurance Company of the West Indies Limited (ICWI) plans to finalise the restructuring of its operations in June with the amalgamation and rebranding of its newly acquired business in Trinidad.

The insurer is in the process of transferring the assets of Great Northern Limited, which it purchased last year, to the Jamaican operation. The deal closed October 22, 2013, giving ICWI an additional TT$5 million of premium income and TT$45 million of assets. That translates to about $80 million and $720 million in Jamaican currency.

With the merger, the Trinidad business will bear the name Insurance Company of the West Indies and will basically operate as a branch of the Jamaican business, according to ICWI President Paul Lalor. A similar exercise was previously carried out for ICWI's operation in St Martin, he adds.

On Wednesday, Lalor said the group has received permission to operate in Trinidad and is awaiting a final letter from the regulator in Port-of-Spain ratifying the proposed June 1 start date for the renamed entity.

The company will establish joint back-office operations for both markets, he said.

Consolidation allows for more efficient use of capital, and ICWI Jamaica will benefit from "a harder currency market," he adds.

ICWI's operations will span 12 branches in Trinidad, where the motor insurance market is potentially twice the size of the business the company does in Jamaica, Lalor told the Financial Gleaner, while noting that most families in the twin-island republic have two cars, while, here, it is mostly one per household.

"Trinidad is the largest motor market in the Caribbean. It's an opportunity to get economies of scale," said the ICWI president.

"The company we bought has about 30,000 clients. We may do about twice as much business as we do in Jamaica."

Trinidad also has a larger middle class, he adds.

ICWI is a four-decades-old private company controlled by the Lalor family. The general insurer is capitalised at $1.06 billion and has an asset base of $5.7 billion.

Last year, ICWI converted 87 per cent of its cash into US dollars, which its financials linked to the transaction in Trinidad.

"The company has received the benefit of the renewal rights to an insurance portfolio in Trinidad and Tobago which was acquired by its immediate parent, and the company has made deposits with an ultimate right of set off with a commercial bank not exceeding US$3.2 million in relation to its immediate parent which relates primarily to the acquisition of the portfolio," said the company.

"We are holding more US dollars as a consequence of the deal," said Lalor.

He said, however, that the US$3.2 million referenced in the notes to the accounts was not the acquisition price for Great Northern, which he declined to disclose. He also declined comment on the cost to consolidate the operations.

In home-base Jamaica, the insurer is expecting to feel the effects of a lack of economic growth and "tough times brought on by much needed austerity measures implemented by the Minister of Finance," its president said.

ICWI has also seen a fall in the number of vehicles being insured, a bad sign for the company whose main business line is motor coverage.

"On the motor side we are seeing a decline in the number of vehicles being insured and obviously as the economy slows, fraud will become an issue.

Also, the personal injury claims continue to be a challenge to us and will have to continue to adjust our prices to absorb the impact of this trend," Paul Lalor said.

Last year, ICWI Jamaica pulled off a 23 per cent rise in profit to $176.43 million, notwithstanding a loss of $27 million under the National Debt Exchange. It swapped $895.47 million and US$579,000 of government securities for lower tenors, resulting in the one-off loss.

At year's end, ICWI's minimum capital ratio was estimated at 266 per cent, compared to the regulatory requirement of 250 per cent.