Heineken to give away Champions League party 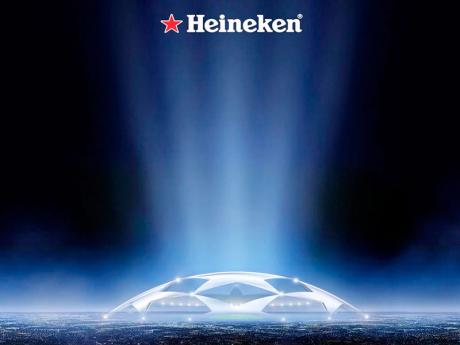 Heineken, sponsors of the UEFA Champions League, will be offering a lucky football fan and four friends a special viewing party for the May 24 final between Real Madrid and Atlético Madrid in Portugal.

Consumers who follow @heineken_ja on Instagram and Twitter will be asked to show how fervent their passion for football is by uploading a fun, creative picture/selfie that incorporates the Heineken brand seamlessly into varying aspects of football.

"You could, for example, place a tie around the bottleneck of a cold Heineken and place it on the sideline of a field, simulating the presence of a manager on the touchline," said Heineken brand manager Nasha Douglas.

Once the picture is uploaded and tagged @heineken_ja, using the hashtag #heinekenfromthespot, the submission will be reviewed and the winner chosen.

The winner will get to host his or her own viewing party, which will include Heineken, Heineken cool gear and complimentary game-time food. These viewing parties will be held at Usain Bolt's Tracks and Records, Triple Century, and Blue Beat.

The UEFA Champions League is the most prestigious club league, and for the first time, will feature two clubs from the same city in the final. With more than 150 million TV viewers watching live coverage of the UEFA Champions League in 220 countries and territories every match week, the premier sporting event has become a global phenomenon that fits perfectly with the Heineken brand, which is enjoyed in almost every country in the world.

"We view the Champions League as a premier sporting event that gives us an opportunity to connect with football lovers locally and internationally," said Douglas.

"So come out and enjoy the finals with us at Blue Beat, Tracks and Records, or Triple Century."