Sankofa forging its own path in education 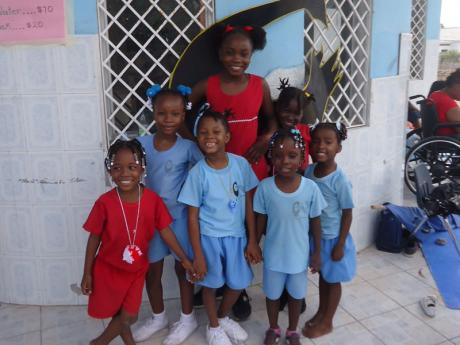 Debonae Simpson (tallest of the lot) seen here with schoolmates, was the first child to be enrolled at the school. Her mother has been designated 'First Mother' and is a mentor at the school.- photos by Jolyn Bryan 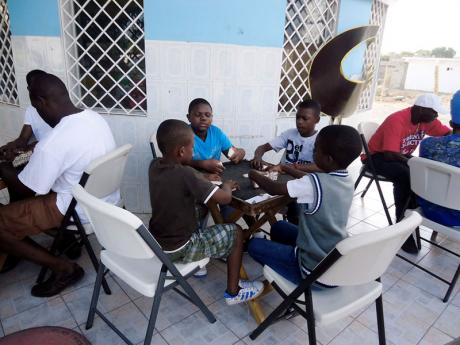 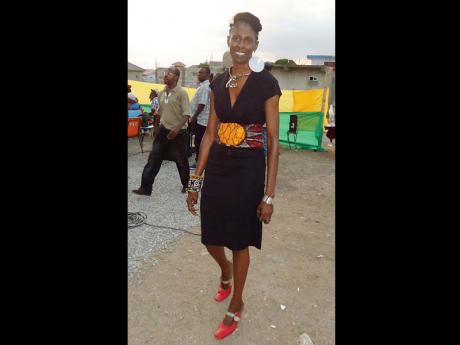 Albion, St Thomas:When Sandra Kenton Fraser opened the Sankofa Preparatory School and Learning Centre in Albion, St Thomas, eight years ago, she had the intention of only offering pre-school education. But through the urging of the parents who enrolled their children at Sankofa and because of Kenton Fraser's own experiences with traditional primary education institutions, the school has now grown to include grades one through six, offering mathematics, English, social studies, and science to 52 students from various communities in Yallahs. But the school, while offering excellent education in these areas, is highly praised by students and parents for the unique approach that is taken with regard to history.

"Our emphasis is placed on black culture and identity. We encourage students to identify and engage with things of Africa as we understand it to be the cradle of civilization," said Kenton Fraser.

Kenton Fraser explained that the school was an alternative to tradition. She recounted an incident at her daughter's former preparatory school, where she and other parents were reminded during a parent-teacher conference that patois was not allowed to be spoken on the compound. After this incident, she made the decision to pull the child from the school, and with her daughter being the first of the upper-school students at Sankofa, she opened her doors to other parents who had similar concerns that their children were being deprived of their heritage.

The school's name is taken from the Akan language of Ghana and means 'reach back and get it' and is the guiding principle that shapes the children's daily activities. For the first play that the school entered in the Jamaica Cultural Development Commission's Festival of the Arts, students wrote Monster in de Pudden, a piece that reflected African and Jamaican themes, and featured Anansy the trickster spider as the hero. Students are also enrolled in industry, making jewellery, scented candles, doing screen prints on bags and T-shirts, beading, and making hair oil. This programme is guided by ujamaa, a principle of Kwanzaa, which means 'collective economics' and is geared towards equipping students with a trade and developing their awareness of their many skills and talents. The sale of the items contribute to an end-of-year trip to the Liguanea Art and Crafts Festival, where the students are exposed to other various arts.

Many parents have given their support to these programmes, donating material and knowledge, but now, the school hopes to attract funding for a full-time teacher. The school has also recently started participating in the Ian Wilkinson-run Magnificent Chess programme, earning high praise for the ability of the students and winning many prizes against schools that have been playing for much longer.

"I think we did so well because the other schools were up against us. We encourage participation and doing the best that you can, so our students are more relaxed and can focus better," Kenton Fraser said.

The school also collaborates with the National Association of Domino Bodies, with parents playing the game to raise points for the houses - Bogle and Mandela - for sports day before cheerleading and races.

As the students grow, more parents have expressed a need for higher education at the institution.

"The way forward is a high school," said Kenton Fraser. "Many parents want their children to continue this kind of education as they grow older, and many past students have expressed their surprise and disappointment at the difference once they move to other institutions."