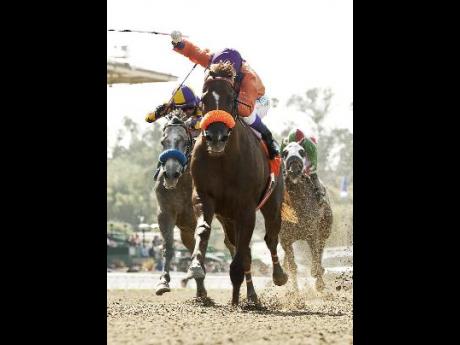 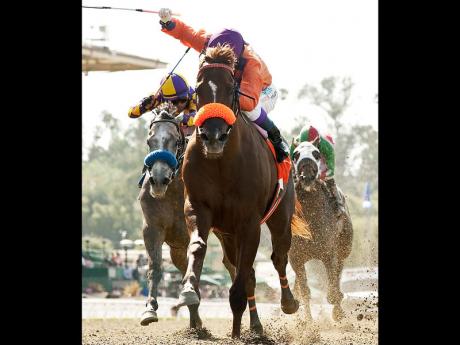 With no trophy at stake at Caymanas Park today, the competitive-looking 3-y-o and up overnight allowance race over 1500 metres takes the spotlight on the 11-race programme.

This has attracted a large field of 14, from which the consistent pair of MIRACLE STAR, under champion jockey Dane Nelson, and JACK DE CHARMER, with former champion Dick Cardenas, are top contenders.

Others capable of figuring are the improving American 4-y-o gelding, FORTUNEONEHUNDERED, who steps up in class in a bid for the hat-trick, as well as DOUBLE BUTTON and TECHNOCAT, who steps up to overnight company after winning in decisive fashion over a mile on April 19. But after close examination of the form, it should come down to the Patrick Chang-trained MIRACLE and JACK DE CHARMER from the stables of champion trainer Wayne DaCosta.

When both last met over this trip on April 19, MIRACLE STAR, finishing very fast, just failed to catch the front-running EASTWOOD, while JACK DE CHARMER - the 9-5 favourite then - ran way below expectations to finish a poor eighth.

That run was uncharacteristic for a horse as genuine and consistent as JACK DE CHARMER, who had beaten EASTWOOD and FANTABULOUS quite easily over the distance on March 1, covering the course in a fairly good time of 1:33.0.

If the last run by JACK DE CHARMER (working well) can be thrown out the window, then the 4-y-o son of Pat N Jac-She's A Charm is sure to fight out the finish on 5.5kg better terms at the weights. But strictly on the last performance, MIRACLE STAR, who has run some really good races in defeat and reports in good nick, having worked well last Sunday morning, should prove stronger in deep stretch.

JACK DE CHARMER will definitely get first run after stable companions FORTUNE-ONEHUNDRED and CANTARE carry the field for a long way. But the tremendous late kick of MIRACLE STAR should win the day.

Other firm fancies on the 11-race programme are the American filly JANIBOUTICE to catch PRINCESS SHANEIL in the opening race over 1300 metres; REIGN OF DESTINY over PATCH OF FIRE in the fourth race over the straight; the unbeaten LADY SHANKARI to return with a bang in the fifth; and COLD GROUND to recoup losses in the ninth over 1820 metres.