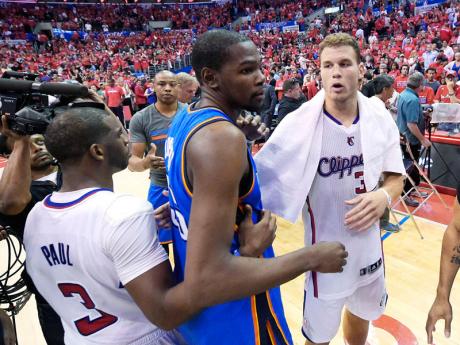 A competitive encounter is expected today when Jamalco and the University of West Indies Pelicans (UWI) clash in the final of the Netball Jamaica/Supreme Ventures Major League competition at the National Indoor Sports Centre starting at 6:30 p.m.

In a curtain-raiser at 5 p.m., Titchfield and Pembroke Hall will meet in the Minor League final. Both matches will be preceded by the Dollaz Rally at 2 p.m. at the Leila Robinson Courts.

Both teams are evenly matched in all departments in the Minor League final. Titchfield booked their place with an exciting 29-23 victory over Molynes United, while Pembroke Hall had a close 25-23 victory over Liguanea United.

The Major League final is also expected to be very close as both teams will be aiming to secure their first hold on the trophy.

Favourites Jamalco secured their place in the final with a close 42-40 victory over Mico 'A'. The Winston Nevers-coached Jamalco will be depending on shooters Sasha Mitchell, who netted 25 goals from 28 attempts, and former national representative Marsha Murphy-Dawkins, who sunk 17 goals from 19 tries in the semi-finals.

The Conrad Parks-coached Pelicans booked their place in the final with a 50-47 victory over Waulgrovians.

The Pelicans, who are the highest scoring team in the competition, will rest their hopes in the hands of LaDonna Lamonth, who scored 33 goals from 41 attempts in the semi-finals. She is expected to receive support from Shaquina Francis, who scored 17 goals from 26 tries.