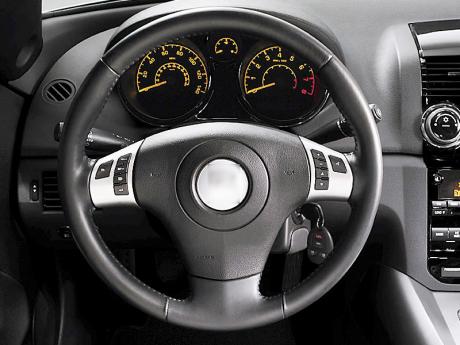 WESTERN BUREAU:The St James Parish Council has threatened to take the National Water Commission (NWC) to court for what they say is the utility company's role in the destruction of a section of the King Street to Cornwall Courts main road in Montego Bay.

The decision was taken amid myriad complaints which surfaced during the regular monthly meeting of the council last week Thursday.

At that meeting, Sylvan Reid, councillor of the Salt Spring division, said he had already amassed 1,000 signatures from residents to take out a class-action lawsuit against the NWC in relation to the section of the roadway which had been excavated by the NWC and not reinstated.

The road in question had recently been rehabilitated by the council at a cost of $175 million.

Councillor of the Flanker division, Charles Sinclair, in supporting Reid, said the onus was on the council to ensure the road was repaired by the NWC, as it was the municipality - and not the Water Commission - that would be sued if anyone suffered injuries on that section of the roadway.

"There was a case against the KSAC (Kingston and St Andrew Corporation) involving an open hole on the sidewalk, in which the plaintiff was successful. It's a parochial road, and we have the responsibility, because if somebody gets injured on it, dem no business wid Water Commission," Sinclair said.

Councillor Suzette Brown of the Montego Bay South division said a similar problem had occurred in a section of Barracks Road, where the NWC carried out work and left behind a "thing looking like a pothole".

Mayor of Montego Bay and chairman of the St James Parish Council, Glendon Harris, after listening to the councillors' complaints, ordered that steps be put in place to take legal action against the NWC.

"The King Street to Cornwall Courts (road), … I am in support of legal action against the NWC, come the first of June. And if [the repairs are] not done by the first of June, our lawyer should be contacted to write to them, to give them a further seven days to have it done, failing which, we will take the necessary legal steps," Harris said.

"Use this to let them know that St James Parish Council is not going to allow them to continue this wanton destruction of the roadway, which will eventually cost much more money than we can afford," he said.

This is not the first time complaints have been made about roads falling into disrepair due to work undertaken by the NWC in western Jamaica. In February, Negril Resort Board chairman Cliff Reynolds expressed displeasure at the state of a section of the roadway at the Negril roundabout which had been dug up by the utility company to facilitate pipeline activities. Reynolds had said despite repeated pledges by the NWC, the roadway had been left in disrepair for close to six months.

Last year, the Ministry of Transport, Works and Housing reported that the National Works Agency (NWA) and the NWC had signed a road-repair pact for the permanent reinstatement, repair and maintenance of roadways across Jamaica. At the time, the ministry said under the new contract, the NWA would undertake all permanent reinstatement of those roads affected by emergency excavation activities by the NWC.

"The NWC remains responsible for initial temporary reinstatement work but, thereafter, the NWA will be responsible to effect final reinstatement by using funds put aside in a special account established by the NWC," the ministry said. "The agreement is to last for two years, and is applicable to all roads for which the NWA has responsibility."

At the time, the ministry noted that NWA President E.G. Hunter had said motorists and the general public should see improved road surfaces as a result of the pact.

The ministry also reported Hunter as saying the arrangements under which the NWC previously utilised the services of individual contractors to carry out road reinstatement across the island had often been unreliable, and that "with this new arrangement, repairs to roads occasioned by the NWC's fixing of water pipes and sewerage mains will be undertaken by the National Works Agency".

It also noted that a previous arrangement for road reinstatement had been signed between the NWC and the Ministry of Transport and Works in 1999, before the NWA was formed as an executive agency.