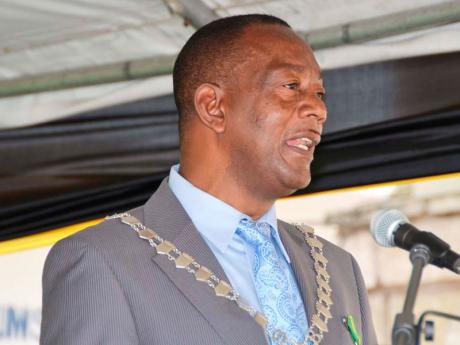 WESTERN BUREAU:The Secretary-Manager of the St James Parish Council, Gerald Lee, says the quest to establish a municipal court in the parish has failed to get enough support from the relevant authorities due to the low number of persons being prosecuted by the council.

Lee gave this update during the regular monthly meeting of the council last week.

"We are in contact with the ministry (of Local Government). However, the ministry has advised that they had gone and collected information from all the councils regarding the establishment of the municipal court, and a stakeholder meeting was held and the matter was discussed extensively," Lee said.

He said similar to the St James Parish Council, most of the other councils in the island were reported as not having enough cases for municipal courts to be established.

"They are also having discussions with the minister of finance to share the proceeds from the municipal cases. So all the municipal matters that would have gone to the regular court, they are trying to develop a system where the proceeds of these cases be shared between the council and the other stakeholders. They are also encouraging us, as a municipal authority, to try and strengthen our case so that we can go back to the stakeholders - meaning the ministries of Justice and Finance - and put forward the case for a municipal court," he said.

NEED To TAKE CASES To COURT

But in response to Lee's update, Montego Bay Mayor Glendon Harris repeated his call for the relevant persons at the St James Parish Council to take urgent steps to ensure persons who flout laws which fall under the jurisdiction of the council are prosecuted.

Last November, the mayor had called on the administrative arm of the St James Parish Council to be more vigilant in prosecuting persons in breach of municipal laws. Harris had said despite the requisite system being in place for prosecutions to take place, none of the municipal police personnel were patrolling with ticket books, resulting in "wanton breaches" going unpunished across the parish.

Harris had also recommended that the secretary-manager deal with the matter at his management meeting and bring to the appropriate committee, measures to ensure that action was taken. At the time, the mayor lamented what he said was "too much complacency in the parish".