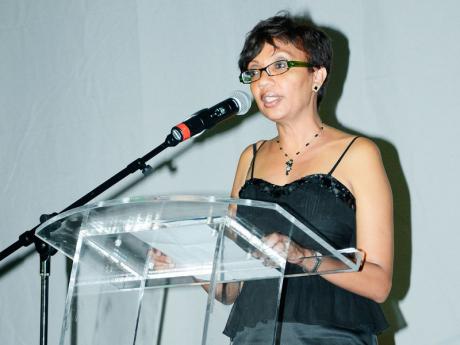 Karen Bhoorasingh, president of the Insurance Association of Jamaica and head of Guardian General Insurance Jamaica.-File

The Insurance Associ-ation of Jamaica (IAJ) says the completion of pension reform, which will cover the issue of portability and hopefully make pension savings mandatory, could give the industry a much-needed shot in the arm.

The insurance market grew just four per cent last year, which its players have linked to the status of the economy.

Just 8.5 per cent of Jamaican workers are pension savers, according to data from the sector's regulator, the Financial Services Commission.

A law making pension saving mandatory would give fillip to insurance companies, which dominate as pension fund managers in a market currently valued at $307 billion.

Led by the FSC, Jamaica has been reforming the pension market for a decade, but is yet to settle on a formula for vesting and porting pension savings as workers change jobs.

"We are hoping something will happen" this year, said IAJ executive director Orville Johnson, who notes that completion of the reform process would "help in light of the sector's block of business" in the pensions market.

That side of the market began to grow after the FSC lifted the cap on retirement savings as a deductible expense from a nominal $6,000 to a rate of 20 per cent of income for self-employed persons.

It created room for the development of individual retirement accounts, or IRAs, and opened up opportunity for financial firms to enter the pension market with specialised products.

Still, pension savings are far below levels needed to sustain Jamaicans heading into retirement, especially those employed to the public sector where there is a dearth of pension schemes - an issue that Jamaica's actuaries continue to trumpet intermittently.

"The retirement planning issue is one that borders on a national crisis as the workforce is estimated to 1.4 million persons," said Karen Bhoorasingh, president of the IAJ and head of Guardian General Insurance Jamaica.

"This has to be a of great concern as the number of persons on the NIS Scheme is under 500,000," said Bhoorasingh.

Were phase two of national pension reform to be rolled out this year, it would create "an incentive particularly for the self- employed to have a proper structure for them save for their retirement," said the IAJ president.

"This includes proper provisions for vesting and the portability of pensions. This reform is more important as it is estimated that about 40 per cent of the workforce is self-employed," she said.

Public-sector pensions are also being reformed, but under a different process led by the Ministry of Finance.

Government's annual pension expenditure is $23.1 billion. It is proposed that public-sector workers should start sharing in the financing of their pensions by contributing five per cent of salaries to a managed fund. The estimated flows from employee contributions is around $4 billion annually.

Implementation is expected in 2016.

Bhoorasingh also notes that the take-up of retirement plans was on the increase.

"The life industry paid out 32 per cent more in benefits in 2013 relative to 2012, as many persons now buy insurance as an investment vehicle for university tuition for their children as well as retirement income," she said.

The insurance sector got a scare in mid-April when new tax proposals appeared set to hit the pension market and other investment business, but was averted after adjustments by Finance Minister Dr Peter Phillips.

"The industry is relieved that the new taxes were restructured, as an increase in frontloaded taxes via the premium taxes would have made the investment-linked insurance plans unattractive and unmarketable. Most insurance policies are now bought for living benefits, such as retirement income and to fund university education," said Bhoorsasingh.