'A test of friendship' 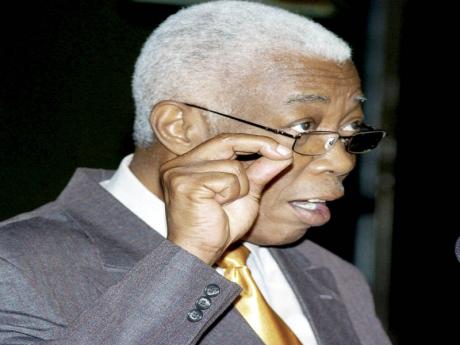 Jamaica standing with the region in critical negotiations despite long, cordial relationship with Canada

WITH SIX weeks to go before the close of negotiations between CARICOM and Canada for a trade and development agreement, Minister of Foreign Affairs A.J. Nicholson is signalling that the region has drawn its proverbial line in the sand.

According to Nicholson, CARICOM is unwilling to budge from its position that tariff liberalisation is not sufficient consideration, and there is the need for Canada to provide greater levels of development support from the North American country.

Nicholson, in reporting to the Senate on his two-day working visit to the CARICOM Council for Trade and Economic Development in Guyana last weekend, said Canada and CARICOM wish to have the trade and development agreement, which has been the subject of a discussion since 2009.

According to Nicholson, CARICOM requires the agreement to be "asymmetrical, taking account of the fact that the region comprises small, vulnerable developing countries engaged in the negotiations with a larger, a more diversified developed country, listed among the largest trading nations in the world".

He said the negotiations "is not an easy road", even as he acknowledged a suggestion from opposition senator Marlene Malahoo Forte that the areas of disagreement "are wide and have been so for a long time".

Nicholson, however, said that "even if all of the matters that are on the table are not agreed to at the end of June, I don't think that it would be the end of the matter since both Canada and CARICOM wish for an agreement".

If reached, the agreement will replace the current non-reciprocal Caribbean-Canada Trade Agreement known as CARIBCAN. The World Trade Organisation waiver, which allows Canada to grant such non-reciprocal preferences, expired on December 31, 2013.

"Canada has communicated our desire to conclude negotiations in the immediate term, and urging CARICOM to bring an appropriate level of ambition to the table to do so," Canada's Department of Foreign Affairs Trade and Development spokeswoman, Caitlin Workman, told The Gleaner.

"I can tell you that Canada is seeking an ambitious outcome from CARICOM that ensures the interests of both sides are addressed," she said.

But Nicholson said the reference to ambition relates to a trade jargon when considering the benefits to be gained from negotiations such as greater tariff liberalisation to facilitate market access.

"CARICOM has demonstrated a very high level of ambition in these negotiations from the very outset, by voluntarily undertaking to negotiate a comprehensive reciprocal trade and development agreement with Canada," said Nicholson.

He argued that the comments from Canada stem from the perception that the region is not being generous enough in its tariff liberalisation offer.

"We, on the other hand, could posit that Canada has not been ambitious in its response on development support and on the modalities for service and investment," said Nicholson.

He told the Senate that despite Jamaica's friendship with Canada, it will be standing with the region to negotiate and conclude an agreement which takes into account the interests of the region as a whole.

"It is known that the road in any friendship does not always run smoothly, but the strength of that friendship is demonstrated in the actions taken to overcome the challenges that may arise from time to time."