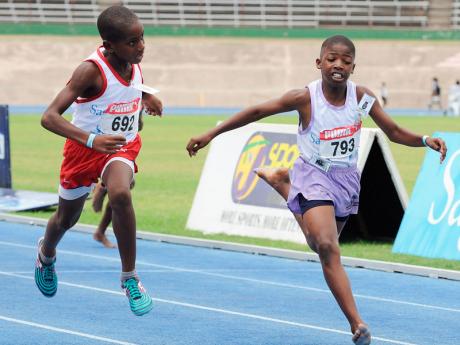 Anthony Haslam of St Andrew and Portland's Dehlia Harris were among the stand-out performers at the championships, as they captured the boys' and girls' Under-13 and Under-17 sprint doubles, respectively.