Michael Abrahams: Rituals we can do without 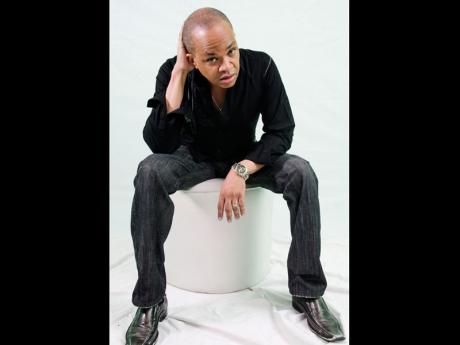 Rituals are a part of life. Some are practical and may impact positively on one's health, safety and well-being. For example, surgeons washing their hands prior to surgery, putting on seat belts before embarking on a journey by motor vehicle, or flight attendants giving safety instructions (while passengers usually ignore them).

Many rituals, however, were initiated for valid reasons but may now be impractical and serve little useful purpose, or may even be to our detriment, but because we have become so used to performing them, we just go with the flow and never question their relevance.

In the book If Caterpillars Can Fly - So Can I, the author, Alvin Day, relates a story about a family that practised an interesting ritual for decades. Every Thanksgiving holiday, the family would prepare a turkey, and the mother would cut off the bottom tenth of the bird and place the remainder in the oven.

One day, a child asked why this was done, and was simply told, "Well, I dunno; that's how we've always done it." Investigations subsequently revealed that the tradition began with the great-grandmother decades ago because, at the time, her oven was too small for the bird to fit. The ritual was, therefore, now clearly redundant.

I understand why our national anthem is played before certain ceremonies and before international sporting events, such as at the National Stadium before the Reggae Boyz play (and get beaten). The anthem inspires patriotism and unity. But why on earth is it still played before feature films at cinemas?

In the good old days before we had colour television, satellite television, cable and the Internet, going to the cinema was a major event and was the only way to see a major film at the time of its release. But is there a good reason for still doing this? I mean, if I go to watch a movie called Sponge Bob Twerks In Vegas, what the heck does our national anthem have to do with that? What does our Eternal Father blessing our land have to do with a cartoon sponge shaking his behind?

Then there is this practice of giving one-tenth of your earnings to the Church as tithes. Does that still make sense today with the economy the way is it, with us wandering around in our fiscal gully? I am not sure what the situation with rent and mortgage was back in the day, but there were certainly no electricity, water, phone, cable and Internet bills or car payments to contend with. And if you have children, school fees and supplies, extra-curricular activities and possibly extra lessons come into play.

After all these expenses, is it really practical to allocate that proportion of one's income to the Church?

There is a ritual that takes place prior to surgery in most hospitals. Whether a patient is to have elective (scheduled) or emergency surgery, they are placed in a gown and transported to the operating room while lying on their back on a trolley.

One morning, I was to perform an elective Caesarean section for a patient for the sole reason that she had a previous Caesarean section. She had no illnesses and had actually driven to St Andrew from St Ann for the operation. There was a delay in sending for the patient from the operating room and I asked her if she would mind walking to the theatre with me. Her response caught me off-guard. She replied that not only would she not mind, but she would prefer to walk, as the thought of being transported on a trolley made her very nervous.

So we walked to the operating room, to the delight of the patient and the consternation of the nurses, who objected and protested, claiming that the patient should be carried on the trolley. When I asked why, seeing that this lady travelled from another parish to the hospital, then walked from the parking lot to the building, then up the front steps and had been walking about on the ward, I could obtain no logical reason. I was just told that it must be done.

Since that incident, with the consent of the hospital administration, I offer all my elective patients the option of walking to the operating room, and almost all of them choose to do so, as it makes them feel less anxious and more empowered.

Are there any rituals in your life that you think you would be better off without?