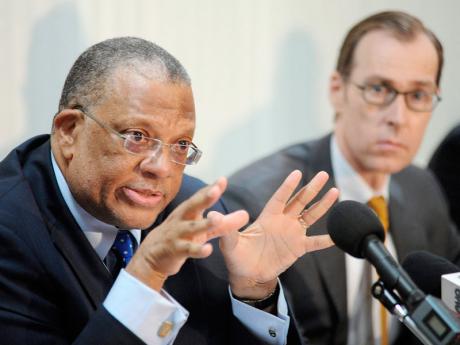 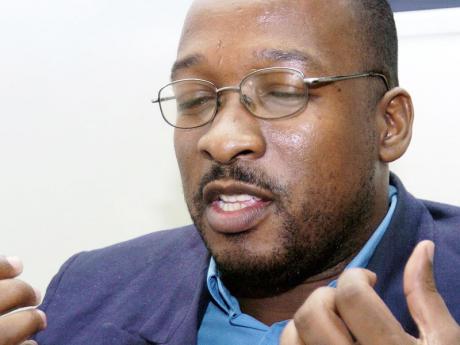 Recent happenings within Jamaica have revealed a great deal about the nation and what drives decision making at many levels. Oftentimes, we say that the nation cannot do this or cannot afford to do that, but look at what has happened recently.

It also proves what I have been saying all along, that if the nation had united, there would be no need for the nation to go to the International Monetary Fund (IMF). (See Jamaica Gleaner articles "Will The IMF Be Our New Boss" dated April 15, 2013; "Does Ja Really Need/Want IMF Help" dated January 7, 2013; Revolutionary Ideas For Nation Building dated March 11, 2013)

What The Withdrawal Tax Revealed

The recent withdrawal tax issue was a big test for the nation, and it revealed the state of the nation in a way that many don't realise.

Every sector stood united against this tax, and it caused decision makers to reverse their actions. Yet, on other more pertinent issues that affect the moral and social fabric of the nation there is division, neglect and nonchalance. So, it revealed that the nation is more focused and united for money rather than against crime, violence, corruption and the degradation of the nation's moral health. It would seem that there is only unity to the fullest when their pockets are touched; and in that respect, the nation failed the test! It indicates that serious problems are ahead if that mentality does not change.

Those who are political die-hard people are some of the biggest obstacles holding back the nation. The nation needs people who are willing to look at the issues and make decisions based on what is best for the nation, rather than their loyalty to a particular party or political personnel.

In this context, the diehard syndrome refers to the stubbornness and pride that exist within a person that causes them to make decisions based on their loyalty to a person or a group, rather than what is best for the future of the whole! Someone with this mindset will agree to a thing regardless of whether a thing is wrong or right, while ignoring the potential end result and consequences.

If you want to see the division that the 'die-hard mentality' is causing, just go on to the social network, and you will see the damage it is causing the nation.

What Does It Take

The nation has many young people who are unemployed, and many of them are not seeing much hope for themselves in the nation. What does it take to create a vision to bring hope to the youth, free of political interference? Clearly, (as we have seen with the withdrawal tax) if there is total unity on the issue, it can happen!

What does it take to bring a wide cross section of people together as a group regardless of class or station - teachers, lawyers, taxi men, farmers, doctors, domestic helpers, gardeners, hotel owners, garbage collectors, higglers and so on - to be on the Economic Programme Oversight Committee and also to bring in cheaper energy for the nation! The decision makers continue to focus on one set or type of persons to bring 'change' and the change is things get worse.

What does it take to extend the all-inclusive benefits of our incoming tourists to the local tourists - the people of the nation? The country is not being marketed properly! If our own people are not being afforded the benefits of the nation that are being extended to international tourists, how will they help the tourism sector to promote and 'sell' the tourism product? You can't truly and effectively market, sell and support what you have not tested or experienced!

Every community has what it takes to create employment if given the support and if the resources are fairly distributed.

For example, Spanish Town, being Jamaica's first capital, should be developed as a historical tourism site, and be marketed during Black History Month (February) and during Jamaica's Emancipation and Independence period to those who desire increased knowledge of slavery, emancipation and other related issues.

What do we do with the 'lotto scammers'? Clearly, they are good at talking to people and convincing them to do things they would not ordinarily do. Open more Jamaican-owned call centres to service the tourism sector and other service industries to call past customers, get feedback on their experience at their place of stay and their nation. Different sectors can use the information to improve their own service and product offerings; which would be a plus in all areas. It would mean we would need to pay the call centre employees well.