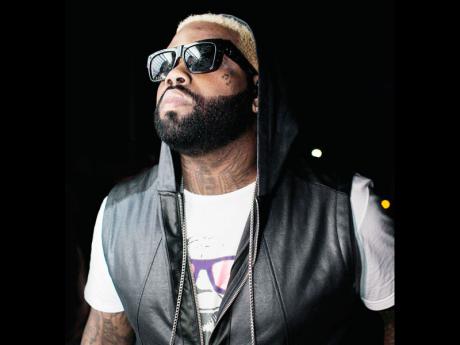 Globetrotting Dancehall superstar Demarco made a triumphant return to the African continent over the weekend, performing to a mammoth gathering on Saturday night during the Club Music Street Jam held at First Street, Industrial Area.

The concert marked Demarco's second in the Ugandan capital Kampala, and it was a prodigious success.

Speaking to the Ugandan media ahead of the concert, Demarco said, "I have been asked to come back to Uganda and that means I am doing a good job. It's a great honour to be here again and I promise all Ugandans a wonderful performance. Tell every Ugandan to show up for a massive moment with me, it's going to be historical."

The buzz surrounding his arrival also made headlines in the Ugandan Daily Monitor, one of the country's premium news tabloids.

Unfolding on Saturday, May 10, hordes of Africans queued up at the venue as early as 6 p.m., ready to catch Demarco in action alongside a number of local acts. Performances kicked off at 8:30 p.m., with the night's emcee Dave Dash, attempting to up the ante early, urging the over 30,000 in attendance to sing and dance along to popular musical selections courtesy of DJ Aludah, DJ Joe, Slick Stuart and Shiru.

Demarco, who finally took the stage at 12:45 a.m., sent the crowd into a frenzy. Living up to his promise of a memorable event, he performed most of his classics interspersed with new favourites such as Lazy Body and Fren Circle. The atmosphere became so charged at one point that even noted African musician Sheena Karungi got involved in a dancing contest during his set.

Demarco performed for over an hour and ended his sweat-drenched performance with Blessings, a collaboration with Ugandan singer Peter Miles. After thanking the crowd for their hospitality and patronage, he was quickly whisked away by security detail; thereafter, more local artistes got involved and stretched the night's festivities until the wee hours of Sunday morning. The show was sponsored by Club Beer and organised by Silk events.

The blonde-hair star is expected to jet off to Israel for a pair of concerts in southern Israel and Tel Aviv on May 22nd and 23rd, respectively.