Kanye and Kim to exchange vows at Palace of Versailles 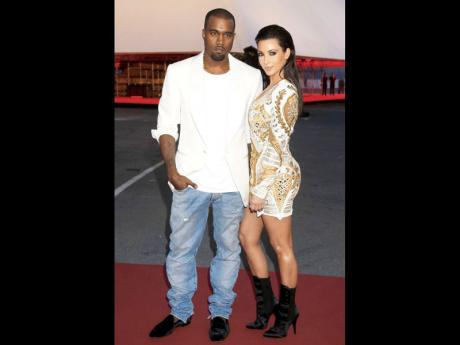 Kim Kardashian and Kanye West will reportedly exchange vows in the world famous Orangerie at the Palace of Versailles.

The couple - who are rumoured to have planned a series of wedding celebrations, including one in Florence, Italy - have secured one of the most exclusive areas of the palace, which is located 12 miles outside Paris and is the former home of Louis XVI and his wife Marie Antoinette, for their lavish nuptials on May 24.

A source told gossip website TMZ.com that the 33-year-old reality TV star and the New Slaves hitmaker, who have an 11-month-old daughter, North, will be married in a space only a few other couples have occupied at the palace.

The 350-year-old Orangerie garden, which is filled with more than 1,200 orange, lemon and pomegranate trees and boasts two staircases, famously called One Hundred Steps, will reopen for summer events on May 20, just days before the couple's wedding.

Sources close to the Kardashian family rubbished reports on Friday that the couple are getting married in Florence and insisted that they would wed at the Palace of Versailles.

But West, 36, hinted this week that they would host one of their parties in the Italian city, as it holds a special place in their hearts because their daughter was conceived there.