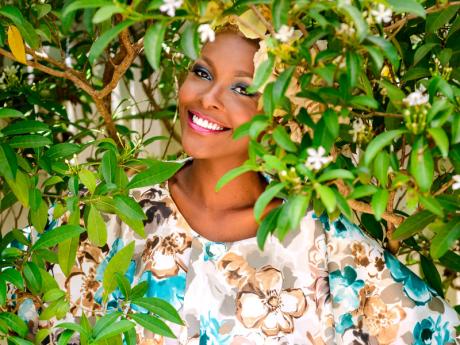 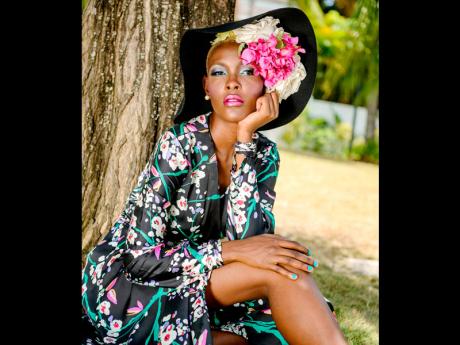 Marsha Alexander, winner of Pulse's Caribbean Model Search in the full-figure category, is set to become Jamaica's and the Caribbean's first full-figure international star. Interestingly, she may not be a full-figure model when she enters the international market, as a rigorous programme of diet and exercise has slimmed her down considerably. This has been her decision and one which has been supported by her agency, Pulse, which has guided her in this process.

Her stunning beauty is captured in the May edition of Triple The Focus, a three-year-old online magazine which boasts 2.3 million page views. The feature, The Spring Floral, highlights a Drenna Luna collection of floral looks ready and right for spring 2014. Marsha does the collection justice and is herself a breath of fresh spring air. Styled by the magazine's fashion director, Arlene Martin, the feature was shot by Mark Evans on location in Kingston, Jamaica.

Caribbean content e-magazine Triple the Focus launched its publication on October 5, 2011. With features that run the gamut of music, entertainment, fitness, beauty, travel, lifestyle and finance, the magazine has a reach that extends across the globe and includes countries in Africa, Asia, Europe, South and Central America and the Caribbean.

Kingsley Cooper, Pulse's chairman, the Caribbean modeling industry pioneer who has launched countless international careers over the past 35 years, believes Marsha will succeed. He is prepared to bet on her success. "Not only is she beautiful," he says, "but she also has the right attitude as well. She constantly works hard for success and understands the approach that she needs to have if others are to buy into her dream."

For her part, Marsha is very excited about the possibilities. She says she never thought that she could have reached this far, or that she was good enough for the international stage. However, she was encouraged by her trainers and staff members at Pulse and she was thrilled at being signed to the agency when the competition ended. "There were so many girls," she said. "I had no idea that I would be the one to be selected as the winner."

Now, she is a lot more confident and would not be surprised if she went on to become an international success. "It's not where you are coming from," she said, "it's where you are going to." For Marsha Alexander, the sky is the limit. "My life has changed," she added. "Pulse has taught me that I can achieve anything I set my mind to accomplish." This is a big step for a teenager who thought she would have been lost in the crowd. Now everyone is looking at her and she is ready for New York, Paris, London or Milan. Wherever her new career takes her.