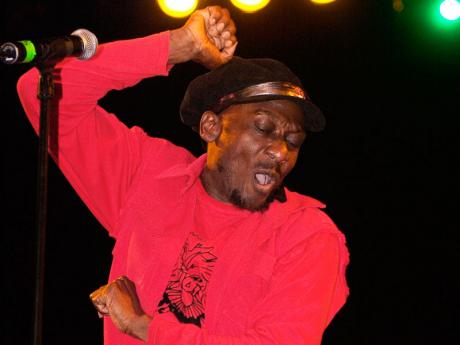 A cover of Jimmy Cliff's The Harder They Come has been done for the Grammy Recording Academy.

Grammy-nominated singer and songwriter, Jack Johnson, recently performed the exclusive cover at the Ryman Auditorium in Nashville, Tennessee, as part of the Recording Academy's ReImagined series.

ReImagined is a performance-based series that aims to link Grammy history with current music makers. It features other artistes' interpretation of iconic Grammy-recognised songs like Cliff's famous track.

In an interview with the Grammy officials, Johnson said reggae's influence was "gigantic" and he said he wanted to find a way to put his style on the reggae classic.

The song, recorded by Cliff, was voted number 350 on Rolling Stone's list of 500 Greatest Songs of All Time and was inducted into the Grammy Hall of Fame in 2008.

The soundtrack album that accompanied the 1972 film of the same name, and starring Cliff, was recorded by the reggae legend with Toots & The Maytals, Desmond Dekker, The Melodians, Scotty, and the Slickers.

Other songs on the soundtrack included Many Rivers to Cross and You Can Get It If You Really Want.

Other songs, including Michael Jackson's Human Nature, Simon and Garfunkel's Bridge Over Troubled Waters, and John Legend's Ordinary People have also been redone for the Grammy's ReImagined series.