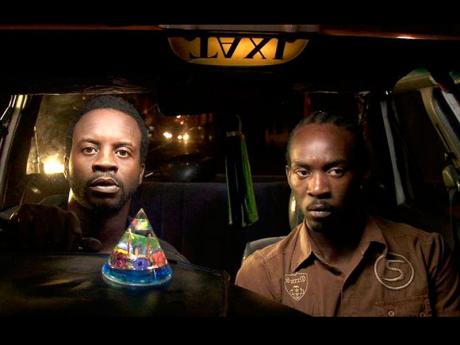 Kingston Paradise, a new Jamaican feature film by Mary Wells, has been nominated for the Best Diaspora Feature award (along with three other films from the Americas), for the prestigious African Movie Academy Awards.

It also debuts at the famous Cannes Film Market 2014, (Marche du Cannes) where it will be presented by the Los Angeles-based film company, California Pictures.

The AMAA award announcement will be on May 24 in Nigeria and it debuts at the Cannes Film Market on May 19 in France.

The African Movie Academy Awards is a celebration of African heritage and culture. In 2014 it celebrates its 10th anniversary.

Hundreds of films were entered for the award across the continent of Africa and globally. The award has been described by the international media, particularly CNN, as 'Africa's Oscars'.

Kingston Paradise is an offbeat urban thriller that follows Rocksy, a small-time hustler who journeys to steal a car. Rocksy's lady friend, Rosie, dreams for peace depicted in a painting that, ironically, leads to a crime of desperation that changes their lives forever. The two end up in a fight to survive the chaos of broken dreams and aspirations.

The film has already been awarded Festival Programmers Award - Narrative Feature at the Pan African Film Festival in Los Angeles in February and the Audience Award & Special Mention for Best Feature Narrative at the 2013 CaribbeanTales Film Festival in Toronto.