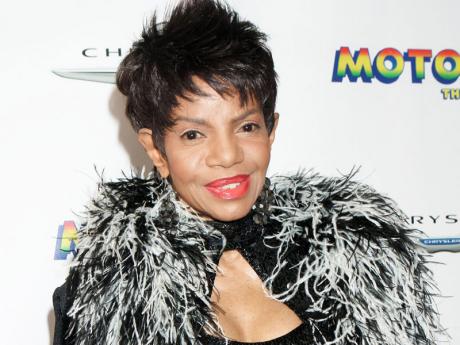 The legendary Melba Moore will headline the eclectic line-up of artistes that will bring a climax to Saturday's Jamaica Epicurean Escape in Epic Rhythms.

Half Pint, Susan Couch, One Third and Bryan Art will complete the package.

Since her meteoric rise at the beginning of the 1970s, Melba Moore has maintained her standing in the music industry and continues to be one of the finest voices in the business.

Moore's talent has been recognised and celebrated with a wealth of awards and nominations, with her first big award being a Tony Award for her portrayal as Lutibelle in the Broadway musical Purlie.

She won the Grammy in 1971 for Best New Artiste and subsequently received numerous Grammy nominations including Best R&B artiste in 1976 and Best Female Rock Vocal in 1986.

Her outstanding contribution to the music industry was marked, in 2012, with the Atlanta Theatre Legend Award.

The JEE stage will also feature another female artiste, home-grown Susan Couch, one of the region's most sultry and soulful voices.

She is in demand locally and abroad for her original material as well as her creative and textured rendition of popular covers.

Couch is an ideal fit for the Jamaica Epicurean Escape as she is as much celebrated for her culinary skills as she is for her exquisite musical renditions, and she will be cooking up a fusion of international and Jamaican fare.

The scintillating Half Pint, also known as the 'Little Giant', is expected to provide a treat for audiences at the Jamaica Epicurean Escape as he pours out, like fine wine, his wide range of consistently popular sing-along songs, some spanning his entire 30-year career.

His engaging stage presence has contributed to his popularity as a performer and points to his continued reputation on the local and world stage.

According to Ewan Simpson, entertainment and production coordinator for the Jamaica Epicurean Escape: "We selected performers who are of the highest quality and who represent a tantalising mix of old and new hits."

Jamaica Epicurean Escape 2014 promises a melting pot of the best in food, culture and music in one tantalising experience that will capture the imagination of both Jamaicans and visitors to our island.