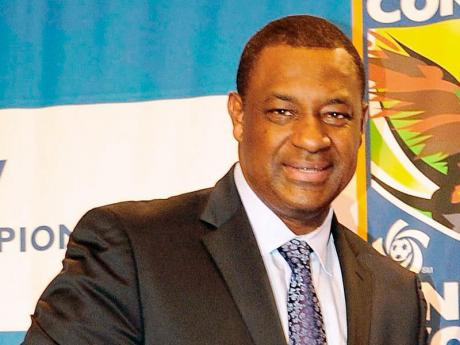 CONCACAF boss Jeffrey Webb believes there must be a process of sustainable development in the region before another English-speaking Caribbean team can qualify for a FIFA World Cup final.

Speaking ahead of the World Cup in Brazil, which starts in just under four weeks, Webb said that with smaller countries more open to challenges than developed football nations, it was important the Caribbean embarked on a system which ensured consistent growth in its football.

To date, only Jamaica's Reggae Boyz and Trinidad and Tobago's Soca Warriors of English-speaking regional national teams have achieved the feat of securing spots at the massive global showpiece.

"To have real development, it has to be sustainable. We have had hits and misses. The only way we're going to be able to have a real competitive, sustainable edge where we have representatives at a World Cup, is through development," Webb said here.

He continued: "In small territories, the peaks and valleys are even more harsh, so, for me, it is all about development from a sustainable standpoint."

Part of that sustainable development path, Webb said, was getting younger players in the region more involved in football.

"We have a problem ... in some parts of the region, when players turn 17, 18 years old, all of a sudden football is not a priority anymore. They become so distracted," he pointed out.

"Today you have football access 24 hours a day, more football on television than ever before, but some (kids) are more interested in video games than actually playing the game itself."

Webb, who assumed the leadership of CONCACAF two years ago, said a Caribbean professional league would play a critical role in helping to develop players.

He said CONCACAF were studying the prospect of a pro league, but wanted to be sure any such project would have longevity.