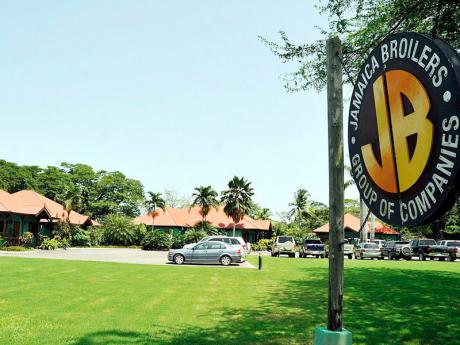 The silos will increase storage capacity from 12,000 tonnes to "roughly 36,000 tonnes," president and CEO of JBG, Christopher Levy, told Wednesday Business following the a tour of the project site on Tuesday.

"Basically, this is going to be 36,000 tonnes of storage, which is a significant increase for us. It allows us to be more efficient in the handling of our coarse grains and have the flexibility in terms of what we buy, when we buy and who we buy it from," Levy said.

He declined to state the savings the company expects to realise from the investment, instead noting that the project "moves us into a much more competitive landscape" and positions it to respond to market demand.

"What we will be able to do is take advantage of opportunities on the market. More and more, we are seeing opportunities to export animal feed and to do that, you would have to be tight on your numbers, so this presents us with a tremendous opportunity," Levy said.

Currently, imported grain shipped to Port Esquivel is stored at the company's warehouse there and then trucked to the feed mill for processing.

"When we are making the feed on demand, we pull from that large storage area back to the mill and that really is double handling. The grain silos will really improve our operational efficiency because we won't be handling the grain twice," JBG's assistant vice-president in charge of energy and mill operations, John Carberry explained.

The silos will reduce the cost of trucking since the company will now be able to store more of the produce, as well as reduce the number of deliveries from larger ships.

"With more storage space, we can perhaps use other ingredients other than the ones we primarily use," said Carberry.

"From time to time, world market prices ebb and flow and you have other ingredients that you can use but we don't have the storage for them. So, sometimes when the price is low, if we only have storage for 10 tonnes, we can only buy 10 tonnes whereas if we had the storage we could have a better hedge against cost fluctuation," he said.

Additionally, it is expected the silos will provide better ventilation and air flow than the company's current warehousing facility, where conditions do not allow inputs to be stored beyond a few weeks, thereby limiting the volumes that the company can bring in per shipment.

"We will have improved quality because the silos are constructed specifically for the storage of grain," said Carberry.

The new grain bins will have aeration tunnels that will reduce humidity and moisture inside the grain by pulling air through the facility, he said.