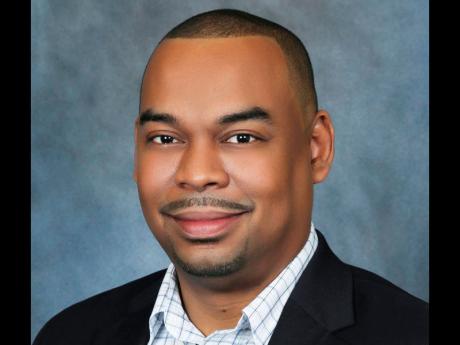 Mayberry Investments Limited has "made some very good traction" in the raising of capital for clients in the first quarter, a business line that is "more profitable than the fee which we earn in an IPO", said CEO Gary Peart.

The company's key drivers - investment banking, fixed income trading and asset management - continue to produce good results and are expected to set the company back on the road to profitability, said Peart.

For the first quarter ending March 2014, net revenue dropped 26 per cent below the corresponding period last year to $239 million.

But the company also pulled a full turnaround from a first-quarter loss of $68 million to profit of $76 million, assisted by gains from its investment in Access Financial Services.

The associate company contributed $31 million to Mayberry profit, up 28 per cent year-on-year.

Mayberry has about 38 per cent ownership in Access. The latter was the pioneer stock on the junior stock exchange. Mayberry has brokered most of the 22 junior IPOs, including Access.

"Year to date, we have raised in excess of $1 billion in corporate paper, bonds, etc. It does not get as much fanfare, unlike the IPO, but it is something which is very critical to our revenue," Peart said on Monday.

Still, Mayberry has prospects lined up for future listings, with discussions under way with several companies, he said, adding that the respective companies will be disclosed at critical points closer to their market debut.

Mayberry is itself invested in several companies with its quoted and unquoted shares valued at $2 billion.

"While Access is important, it is not our only important investment. The total portfolio is $2 billion and Access is just 10 per cent of that," Peart said.

Mayberry, whose shareholding in Access had a market value of $960.34 million at March 31, has been at loggerheads with Marcus James, the CEO of the microfinancing company. James has sued Peart, Chris Berry, Brian Goldson and Mayberry West Indies Limited to block his ouster as CEO. The battle continues in the Supreme Court.

Mayberry, meanwhile, has rolled out a new marketing and advertising campaign, which has contributed to the increased operating expenses, Peart said in the quarterly financial report.

With the NDX behind it, interest rates on an upward trend, and the marketing campaign ongoing, Peart told Wednesday Business that he expects a continued return to profitability. "Remember, the impact from the NDX was a one-time hit. So if you take out the impact of the $336 million, our profitability would have been close to $400 million [at yearend 2013]," he said.

"So the performance last year was pretty decent," he adds.

Regarding the possible sale of shares held in Access, Peart said there is no urgency on that but said the company is likely to book a hefty gain when it occurs.

"As my chairman as indicated, all the assets on our balance sheet is available for sale. Once there is a reasonable price then we sell. There is no timing on whether it will be this year, next year, etc. But one of the things is, if we choose to sell our shares in Access, whatever price we get, whatever offer, has to be offered to all other shareholders," he said.

Mayberry closed the quarter with assets estimated at $21.76 billion, up from $19.45 billion for the similar period last year. The company's tier-one capital is 99 per cent of overall capital. A minimum of 50 per cent is required by regulator Financial Services Commission.