When women earn more than their men 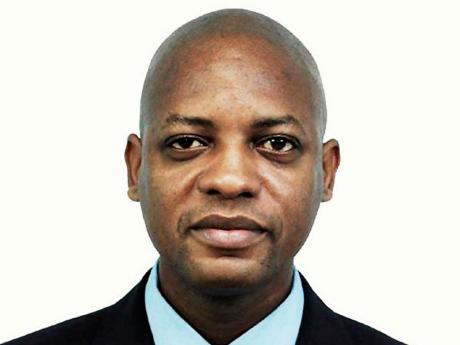 That's a touchy subject, right? Nevertheless, it's a relevant one, as increasingly more women surpass their male counterparts in educational achievements.

According to Vice Chancellor E. Nigel Harris, there is a four to one, female to male ratio of student-enrolment at the University of the West Indies, for instance.

Now, let's be clear. The superior educational attainments by women have not always translated into more females gaining positions in the upper echelons of corporate, political and societal leadership.

Dorothy Whyte, executive director of the Women's Resource and Outreach Centre (WROC), has highlighted a 'striking imbalance' of women in leadership positions in Jamaica. Women comprise 16 per cent of private sector boards and 33 per cent in the public sector.

Also, Imani Duncan-Price, in her March 7 presentation to the Senate, called for the institution of a gender quota system to achieve greater gender balance in politics. She noted that, currently, women comprise only 12.7 per cent of members of parliament; 20 per cent of the Cabinet, and 28.6 per cent of the Senate.

Duncan-Price also quoted a 2010 Inter-American Development Bank (IDB) study which revealed that, on average, Jamaican women, at all levels, earn approximately 12.5 per cent less than males for the same jobs.

Despite these perennial indices of female marginalisation - relatively lower pay and less power - there is a growing trend, globally, where more women are earning bigger salaries than their spouses.

A recently published book titled, When She Makes More by American financial journalist Farnoosh Torabi, reveals that "the percentage of married couples with higher earning wives is four times greater than it was in 1960".

Petrina, an experienced professional with a university degree, proffers an explanation: "In my experience, more women are getting qualified than their spouses, which accounts for their higher salaries." Her salary is six times her husband's, who earns $35,000 monthly.

This changing family dynamic is fraught with potential challenges. More women are feeling increasingly overworked, overwhelmed and under-appreciated as they struggle under the weight of being the family breadwinner.

More men, on the other hand, are feeling emasculated, frustrated about their inability to provide. "When women earn more than men, I find that they tend to boss the men around, generally, and act as if they wear the pants," asserted Les, a male teacher.

Many Jamaican men insist that their role is head of the household. Their wives must come home from work to cook, clean and attend to the children. Many refuse to help with domestic chores, regarding those as women's duties. It's a recipe for stressful marriages, compromised work performance and tumultuous families.

Perhaps the place to start is for men and women to change their thinking on gender roles. That's a crucial factor in adapting to the changing realities of a world where more women are earning bigger cheques than their men.

Glenford Smith is a motivational speaker and success strategist. He is the author of From Problems to Power and co-author of Profile of Excellence. glenfordsmith@yahoo.com