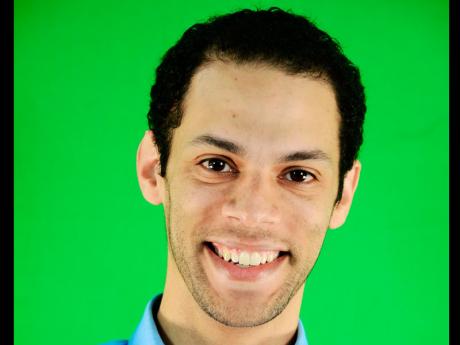 As an institution, marriage is on the rocks. People are marrying
less, and later in life, in both the developed and developing world. One in nine Jamaican unions
now ends in divorce, twice
as many as 40 years ago. The real failure rate is higher, since many couples
separate without the legal rigmarole. Of the dwindling remainder,
at least half of spouses cheat,
and one in three confesses
to being unhappy. Finally, studies
attest that most people feel worse about their marriages over time.

Not exactly a gold-ringing endorsement of wedlock. On the contrary, all that misery
suggests we should call the whole thing off. Maybe
matrimony has served its purpose, guiding us through some purgatorial middle stage
of social evolution, from the savannah to the verandah. To wit, the long-term decline
in marriage is often linked to the rise in female education. As women get higher
degrees and financial independence, the
thinking goes, they have less need for men — and marriage. In country after
country, from Argentina to Zambia,
the data show more schooling leads to less schmoozing.

Except Jamaica. Running counter to almost everywhere else, here you’re way more
likely to find a mister if you have a master’s. But our divorce rates follow
the global trend. What gives? Why do marriages really fail?

Before we answer that, let’s decide whether matrimony is worth saving in the first
place. Cohabitation is increasingly
common worldwide, allowing partners to learn about each other, reap the benefits
of proximity, share the burden of childrearing, and split with expediency, all without
the aisle. More Jamaicans are also choosing to live alone.
Aside from pleasing your earthly mother and heavenly father, good reasons to tie
the knot aren’t obvious.

Cue scientists rappelling through stained-glass windows. Thanks to long-running
experiments, we now know that wedlock increases your
life expectancy and decreases your risk of all kinds of diseases, from
the common cold to cancer (compared to singles and cohabitors). In addition,
you’re more likely to finish
grad school, earn
a higher salary and have
successful children. That’s nothing to sneeze at, but those benefits only accrue
to satisfied couples. So what’s preventing most married people from being happy?

Monogamy. Huh?
Isn’t that the whole point of pairing off? Well, yes and no. Underneath our sophisticated
seductions, we’re just primates in pants. And while we use our big brains to make
individual choices, collectively our animal instincts win out.

When
it comes to monkey business, humans fall somewhere between gorillas, where one
alpha male has all the sex, and chimpanzees, where everyone humps everyone else.
As columnist Dan Savage punned,
people aren’t monogamous, they’re monogamish.

Our
slightly polygamous nature — very roughly two partners for every mate — has
always been fighting a losing battle against our strictly monogamous nurture. In
truth, every human society establishes some kind of unofficial outlet for sexual
promiscuity — e.g., slavery or prostitution. The only difference in the 21st century
is the number of (mostly) women who can escape relationships of infidelity, not
the number of (mostly) men who indulge in it. What’s more, it stands to reason that
if we could invent a type of marriage that not only tolerated but embraced the reality
of male and female desire, spouses would be largely content.

That’s exactly what happens. Partners who jointly engage in extramarital sex —
aka swingers — report notably higher levels of emotional and physical
satisfaction than their straight-laced counterparts. An incredible nine out
of 10 describe their marriages as happy. Unlike adulterers, they are vigilant about
safe sex. And outside their libertine bedrooms, swingers — pegged at 15 per cent
of unions — are ‘demographically
indistinguishable from the general population’. (If anything, they are less racist and sexist than
the average John and Joanne — not least because they want to sleep with them.)

By right, matrimony and monogamy should be close cousins, not the identical twins
we’ve made them out to be. Our jealousies, fears, dreams and expectations of relationships
are not innate but insidiously inscribed by Hollywood, Hallmark and the hymnal.
That might sound like hyperbole, but its truth is found in the widespread practice
of open
polygamy by many
remaining indigenous cultures. In short, it’s who we are.

The recipe for a normal marriage is simple enough — two lovers coming together
in mutual trust and respect — but if you want the spice of life, try doubling up
the ingredients.

Keiran King is a writer and producer. His column appears every Wednesday.
Find him on Twitter @keiranwking. Email feedback to columns@gleanerjm.com and yell@keiranking.com.