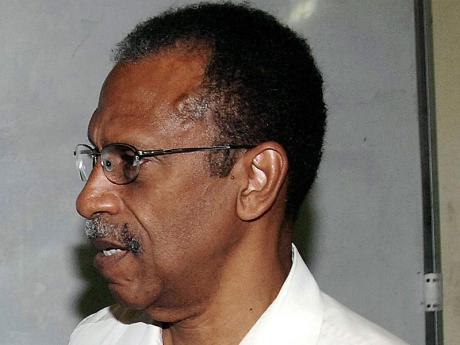 The Medical Association of Jamaica (MAJ) has expressed disappointment over the termination of Professor Brendan Bain as the director of the Caribbean HIV/AIDS Regional Training (CHART) Network.

Dr Shane Alexis, president of the MAJ, said last night that the MAJ's discontent over the fracas between the parties involved was based on the shifting of the focus from the prevention of HIV to differences in opinions and individual agendas.

"The MAJ is disappointed that one of the pioneers in the diagnosis and treatment of HIV/AIDS is no longer leading CHART. We want to encourage everyone, all stakeholders, to focus on HIV/AIDS and not against each other," Alexis told The Gleaner.

In a statement issued earlier yesterday, the University of the West Indies (UWI) said it had become increasingly evident that though he had a right to provide expert testimony in the manner in which he did, Bain had "lost the confidence and support of a significant sector of the community which the CHART programme is expected to reach".

The UWI statement indicated that the issue surrounding Bain's termination had arisen after he provided a statement in a high-profile case in Belize, in which Caleb Orozco, a gay man, has challenged the constitutionality of an 1861 law that criminalises men having sex with men (MSM).

"Many authorities familiar with the brief presented believe that Professor Bain's testimony supported arguments for retention of the law, thereby contributing to the continued criminalisation and stigmatisation of MSM," the UWI's statement read.

'DID THE RIGHT THING'

Some 35 advocacy groups, under the banner of the Caribbean Vulnerable Communities Coalition, had written to the vice-chancellor of the UWI, Professor E. Nigel Harris, to indicate that they had lost confidence in Bain as the head of CHART, following his statement in the case, submitted in 2012, and called for him to be removed.

Dr Carolyn Gomes, co-chair of the coalition, said her group was sad to see the matter reach this stage, as Bain had contributed a great deal to the fight against HIV, but they were "glad that the university did what we considered to be the right thing and corrected the conflict of interest".

The group had argued that while Bain made it clear that his written testimony, as an expert witness in the Belize case, was his opinion and he was entitled to such, it was still in conflict with his leadership of CHART.

Bain had been the director of CHART since its inception in 2003 and, after his retirement from UWI in 2013, he was given a two-year post-retirement contract to continue in his role as director.