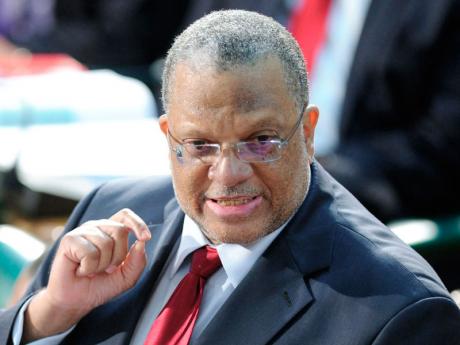 The Council of Trade and Economic Development of CARICOM has granted approval for Jamaica to suspend the Common External Tariff (CET) now charged on smartphones, paving the way for the removal of the 20 per cent duty on such devices as of July 1.

In making the announcement by way of a statement to the House of Representatives yesterday, Finance Minister Dr Peter Phillips said the decision to remove the duty was taken in light of "the increasing use of smartphones to enhance business communications and operations generally and the resultant improvement in productivity".

It is the second time in two months that the Government has removed duties on electronic devices which are used as phones and computers.

Last month, Parliament gave permission for the 20 per cent duty charged on phablets - phone tablets - to be removed.

At the time, the minister said that with the rapid changes in technology, it was felt that the classification was prejudicial, as many tablets had similar characteristic to phablets.

He said it was therefore felt that in order to ensure equity, the classification should be the same as computers, therefore granting duty-free concession status.

The revenue measure will become effective on June 1.

Phillips said Cabinet made the decision after it was recognised that the unification of tax rates would have put undue burden on the tourism sector.

The minister said the Stamp Duty Act is to be amended to provide for a reduction in additional stamp duty on alcoholic beverages. He said a rigorous calculation of the revenue to be garnered from the alcohol measures revealed that significantly more revenue would be received.

He told Parliament that in order to minimise the impact on the tourism sector, the Government is embarking on the reduction of additional stamp duty in the amount of $200 million.

While he welcomed the announcement, Audley Shaw, the opposition spokesman on finance, said the Government should go further and roll back duties, as local rum producers have been made uncompetitive as a result of the new regime.

Tax changes have also been proposed for laws governing the free zone and business process outsourcing (BPO), as well as the tourism, subsector.

Shaw said the Government would not have been in this position today had it not rushed the passage of the fiscal incentives regime.

The aim of the amendments, as proposed by Phillips, is to provide general consumption tax concession that was previously enjoyed on goods and services by free zones, in particular BPO entities and the tourism accommodation subsector.

Among the measures that are to take effect is the expansion of the inputs allowed as productive inputs relief to include motor vehicles to certain sectors. The amendments will provide for a 100 per cent relief in relation to the CET chargeable on motor vehicles.

The sector currently pays CET of 20 per cent.