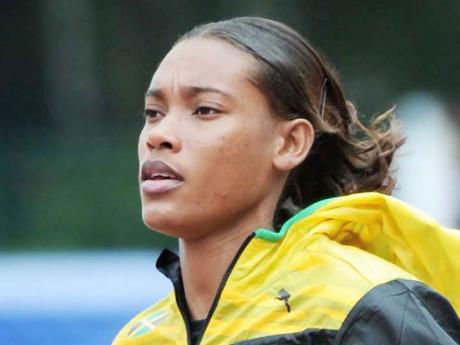 Quarter-miler Stephenie McPherson has withdrawn from Jamaica's team to the IAAF World Relays under advice from her medical team, while Shelly-Ann Fraser-Pryce, Christine Day and Natasha Morrison are all still set to travel after injury concerns over the weekend.

Fraser-Pryce was pulled from the 200m at Sunday's IAAF Diamond League meeting in Shanghai, China, because of a recurring pain in her leg, while Day and Morrison pulled up while competing at the Great City Games in Manchester, England, and the Jamaica Athletics Admi-nistrative Association All-Comers meet inside the National Stadium a day earlier.

However, according to Bruce James, president of the MVP Track Club - to which all four women are attached - Olympic and World Championships gold medallist Fraser-Pryce, who is entered in both the 4x100m and 4x200m at the World Relays, is still expected to compete at the May 24-25 relay carnival set for Nassau's Thomas A Robinson Stadium.

"The only MVP athlete who has been withdrawn from the 2014 IAAF World Relays is Stephenie McPherson," James replied to questions from The Gleaner.

James, however, did not provide any further insight into the reasons behind McPherson's withdrawal, adding only that it was on medical advice.

"Stephenie's (withdrawal) is based on advice of the medical team," James added.

"Everyone else is still expected to be in Nassau. We will advise if anything changes," James said.

The JAAA had named a 40-member team to compete at the IAAF World Relays.

Efforts to contact the JAAA yesterday evening to find out if they had been notified or if a replacement would be named for McPherson were unsuccessful.