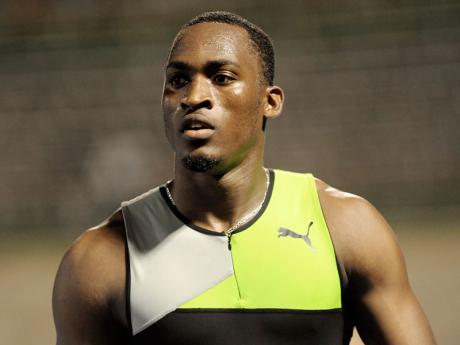 Jamaican sprint hurdler Hansle Parchment said he was happy to once again compete after a 2013 season that was destroyed because of injury.

Parchment started last season in superb form, racking up three 110m hurdles wins in his five starts and lowering the national record to 13.05 seconds, before injuring himself during warm-up at the National Senior Championships.

Far from his prime physical condition, Parchment struggled at the IAAF World Championships in Moscow a few weeks later, crashing out in the semi-finals. That was his last race for the season as he turned his attention to rehabilitating his injured ankle, before making his full comeback at the Drake Relays a couple Saturdays ago.

Recently, Parchment made a winning return to the National Stadium at the Jamaica International Invitational where he won in 13.42 (-2.2) ahead of Wilson, 13.45 and Andrew Riley, 13.56.

The tall Jamaican said he was pleased with that start and expressed gratitude to those who offered him support during his time off the track.

"It's been a very good start to the season. I'm winning and I want to give thanks for that. I always want to give thanks to those who stood by me; to my sponsors Puma and Grace, who were with me in what was a rough season last year," said Parchment.

Already, there has been a marked improvement in the athlete's first phase, something that he has been working on a lot in the off-season.

"Yes, there have been a lot of improvements so far this year, especially with the start. I am much closer to the rest of the guys now in the first part of the race, and I am pleased with my improvements and I have to give thanks for that," said Parchment of the adjustment that many believe will push him to sub-13-second times this season.

"I always try to go out there with a lot of confidence. Talking to my coach (Fitz Coleman), he motivates me along with my teammates; they all motivate me. He always helps us to keep focused, keep that tunnel vision and it helps a big deal," Parchment noted.

Parchment won Jamaica's first Olympic medal in the 110m hurdles, with a bronze medal finish at the London Games in 2012.