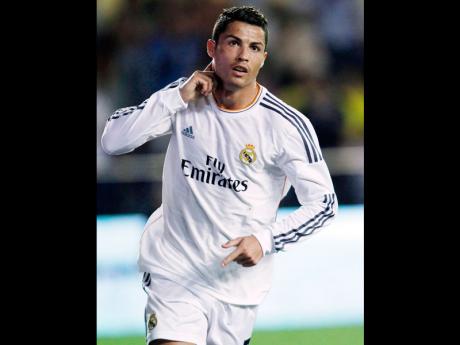 Cristiano Ronaldo expects to be healthy enough to play for Real Madrid in Saturday's Champions League final against Atletico Madrid.

"I'll be there. Today, I'm not 100 per cent, but I will be for the final," Ronaldo said yesterday. "It's very important; we worked all season to play the final and win it."

Ronaldo has been nursing various leg injuries since the beginning of April.

"It was bad luck that I've had all these problems over the close of the season. It's normal at the end of the season," the Portugal international said. "Nobody wants to miss a final with such high expectations that we have been vying to reach for years.

Madrid are trying to win their record 10th European Cup and first in 12 years.

The Spanish giants have struggled without Ronaldo in the lineup as the Ballon d'Or winner has scored 50 goals this season, including a Champions League record 16. Madrid finished third in the Spanish league after winning the Copa del Rey title.