Cooking up a storm - street-style 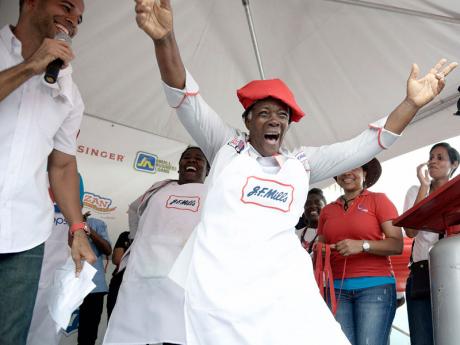 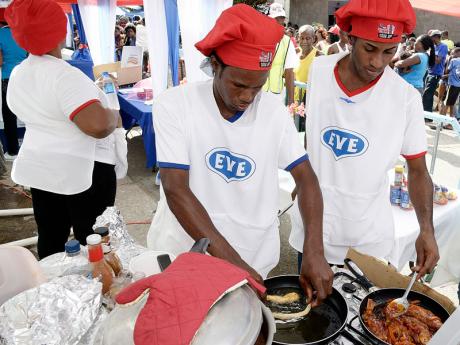 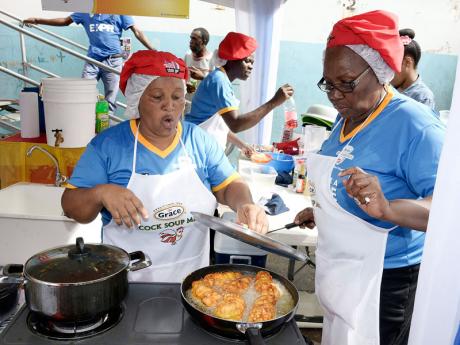 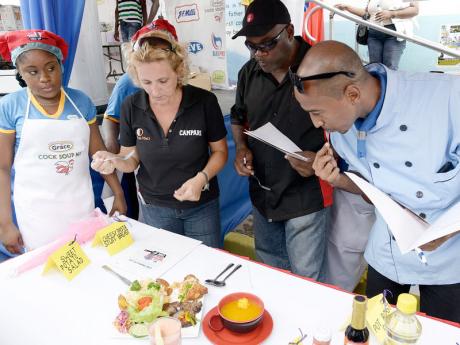 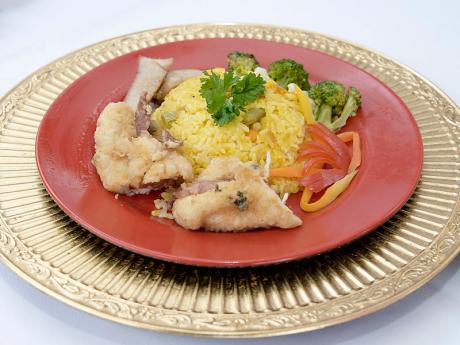 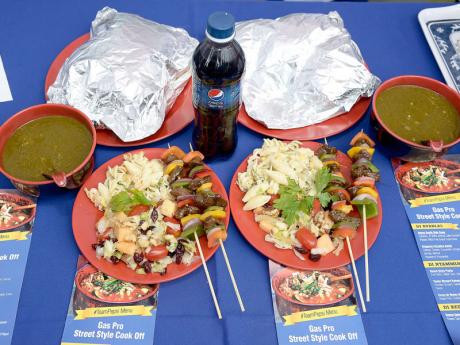 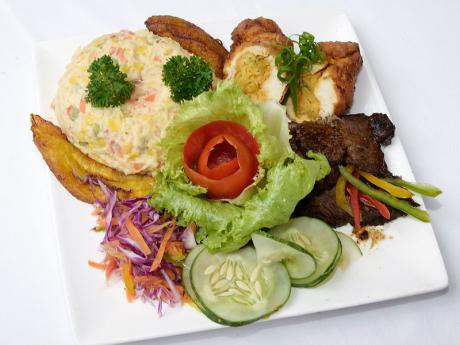 The congregation of generations and the intoxicating aroma of home-cooked dishes invaded the streets and lanes of Parade Gardens, also known as Southside, for the Gas Pro Street Style Cook-Off last Saturday.

It was a joyous occasion - not the usual scene for many inner-city communities - but was definitely the intention of Carrington Morgan, executive director of City Life Ministries and Gas Pro.

Four teams representing Grace, Eve, Pepsi and J.F. Mills had aprons tied and food handler's permit in hand ready to go when the cook-off began at 1 p.m. They were given three hours to complete their dishes. Each team was required to use one product from each sponsor as an ingredient. They were required to prepare an entrée, a soup, a side dish and a beverage.

The Eve team pulled out all the stops for its Eve reggae pasta salad, french-fried barbecue fish, and barbe-fried chicken with a fruit beverage.

While the teams whipped up their meals, MC Jenny Jenny kept spectators engaged and energised with competitions and giveaways. The Ministry of Health was present with two public health inspectors monitoring the contestants' every move, ensuring that they kept their workstations clean.

After the three-hour stint, the only work left was that of the judges - Jason Gentles, Alessandra Bartolini and Gariel Ferguson. The contestants were obviously nervous, some masking it with a smile. They watched the judges' reactions carefully, but it was hard to see beyond the trio's poker faces.

After a long wait, Morgan announced the results. Fourth place went to the GraceKennedy team with team members each receiving a blender from Azan's and a certificate of participation.

Third-place winners were Eve, with each member receiving a bronze medal and a toaster oven, while the team leader received a microwave.

With only two teams left, the anticipation was palpitable as the audience began shouting the name of their favourite team.

Winning the silver medal, three months' gas supply from Gas Pro and a five-cubic foot deep freezer for each team member was Pepsi.

The word had barely escaped Morgan's lips before the members of the J.F. Mills team erupted in celebration. For their win, each team member got six months' gas supply, a six-burner gas stove from Frigidaire, dinner for the winning team at Caffé da Vinci Restaurant, and work experience at the famous Italian eatery.

At the end of the day, Morgan was, to say the least, very pleased, hailing the event a success.

Plans are already under way for the next event slated for November in St Catherine. He hopes to continue the competition biannually for the next four years.