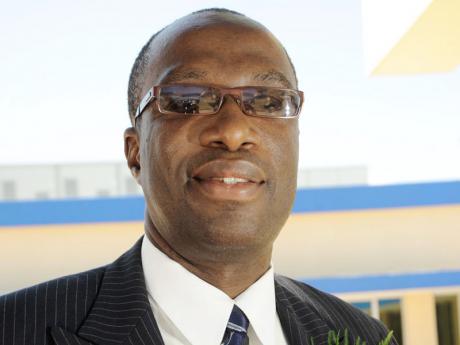 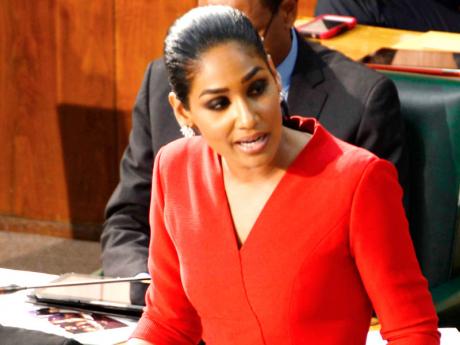 Minister of Youth and Culture Lisa Hanna makes her presentation in the 2014-15 Sectoral Debate on Tuesday. - JIS Photo
1
2

AN ARTISTE management division is to be established at the Jamaica Cultural Development Commission (JCDC) to identify markets for performers while acting as the central database for all talent coming through the entity's doors.

Arguing that it is not enough for Jamaicans to mesmerise the rest of the world with their talent and creativity, Culture Minister Lisa Hanna said the time has come to "manage the process, so we continue to not only spawn the best cultural talent, but move to market this talent to the world with purposeful and consistent arrangements".

The minister, who was contributing to the 2014-2015 Sectoral Debate in the House of Representatives on Tuesday, said $14 million has been approved to fund the staff of the new division.

"It was critical that we moved the JCDC from being only talent developers to also talent managers. Because when we produce all of these gold medallists, they need outlets to earn," Hanna said.

She told Parliament that when overseas groups come looking for talent in Jamaica, they would be facilitated at the highest professional standards in keeping with the global industry.

"The world continues to demand our creative talent, and we are committed to meeting the needs of the creative market through increased development programmes. Our children and youth must be given full opportunity to realise their artistic potential," the minister said.

Delroy Gordon, executive director of the JCDC, said the entity now has a small Events Unit, but it does not have the capacity to market talent honed by the commission through its many competitions.

Gordon told The Gleaner that the commission would be promoting its new division. That, he said, is likely to contribute to increased demand for talent.

He said that at present, about 10 to 15 requests are made for performers each month.

"There is great demand for local talent within the Jamaican diaspora, as during Independence time, for example, many of our Jamaicans overseas organise celebrations, and in an informal way, they would request of us to send persons," Gordon said.

"That is one potential area for us," he said.

In the meantime, Hanna said she was "deeply saddened" by the negative perception of politicians within the society and said the way in which such public servants are depicted in music is unfortunate.

"Recently, I cringed as I viewed the music video of Fighter by two of our most popular and admired reggae/dancehall artistes, whose music I also personally love and enjoy. I saw where a young man was told to go to the office of the 'dutty politician', for assistance," Hanna said.

Her reference was to a music video, which accompanies the work of Damian Marley and Cham. In the video, a character, Daniel, is congratulated by Marley for having earned a scholarship to study music overseas.

Being unable to find the airfare to enable him to travel and take up the scholarship, Daniel is told by a passer-by, Floyd, "Come wi go link Mr Washington", to which he enquired, "Who name suh?"

Hanna said the accusations of being evil and corrupt are "deeply hurtful to the innocent" politicians, even as Marley said the system does not favour the common man, and Cham urged that people "run weh di politicians because none a dem nuh fit".

"I thought it deeply troubling that these two young artistes - so creative, talented and highly influential - should mirror, validate, and deliver such a negative perception of politicians so creatively and so artistically," the minister said.