Ward Theatre to get support from Venezuelan government 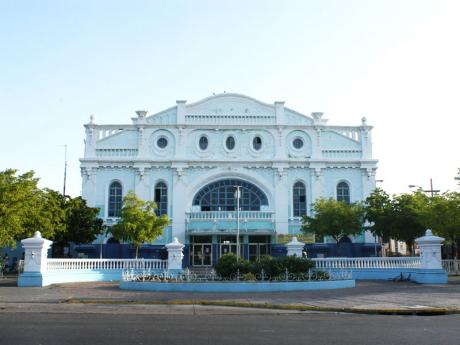 Plans to get the Ward Theatre up and running were given a much-needed boost recently.

According to executive member of the Ward Theatre Foundation, Jonathan Greenland, some entities have been showing support for the restoration initiative.

When The Gleaner spoke to Greenland in March, he was hopeful that the construction of the Simon Bolivar Cultural Centre would have some positive spin-offs for the Ward Theatre, and it seems his prayers have been answered.

He revealed that the Venezuelan government, which has been actively involved in the development of the Simon Bolivar Cultural Centre, has also pledged to support the Ward Theatre restorative initiative.

The Simon Bolivar Centre and the Ward Theatre stand side by side at North Parade in downtown Kingston but there is stark contrast in the condition of the structures.

In that interview, Greenland also made a plea to the general public to volunteer in the clean-up efforts that would be taking place during the next few months. He said that invitation still stands.

Clean-up efforts, he said, are now under way as the theatre is being looked at as a possible venue for this year's staging of the annual Kingston on the Edge (KOTE) urban art festival.

Carolyn Lazarus, co-organiser of the event, said KOTE is hoping to confirm the Ward Theatre as one of 24 venues for the festival.

"The Ward Theatre Foundation has been trying for years to revive the Ward Theatre and we felt partnering with them on this initiative would bring even more awareness to the importance of having the building restored."

She said that one of the goals of the festival was to bring awareness to hidden gems, and the Ward theatre is one such gem.

"It is part of our mandate to create awareness around certain issues and we hope a partnership will help in moving the plans along."

Last Saturday, the Kingston and St Andrew Corporation carried out a clean-up initiative downtown in areas surrounding the St William Grant Park, where sections of the Ward Theatre were washed and re-painted as part of a Labour Day drive.