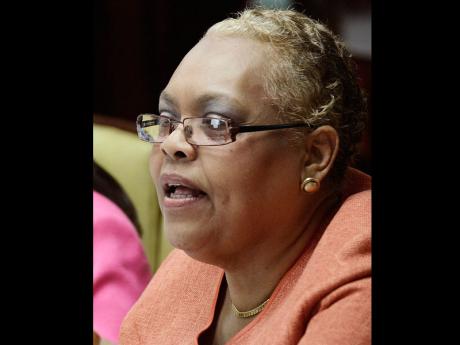 Entrepreneurs and small business initiators are being blamed for an estimated 50 per cent of the hindrances they encounter while setting up operations in Jamaica.

Valerie Veira, chief executive officer at the Jamaica Business Development Corporation (JBDC), made the disclosure yesterday while noting that business plans for most small and medium-scale enterprises that come to her office are unclear and unsustainable.

"Sometimes when people talk about bureaucracy it is because they are not prepared," said Veira, responding to complaints cited by journalists during a Gleaner Editors' Forum held Tuesday at the newspaper's North Street offices in Kingston.

"Half of that [complaints] is not really because of bureaucracy; it is unpreparedness," stressed Veira, whose agency is tasked with providing support services for Jamaican business enthusiasts.

Veira said such a lack of preparedness was a recipe for disaster because those entrepreneurs usually become bad debtors.

"So while we recognise that the system has issues that need to be resolved, our main business is to make sure that when they enter that process they are well prepared and that they have all their ducks lined up," she said.

Veira's comments came ahead of this year's Small Business Exposition and Conference which will be hosted today by the Ministry of Industry, Investment and Commerce, the JBDC, and Digicel Business at The Jamaica Pegasus hotel under the theme 'Positioning MSMEs for the Global Supply Chain'.

With the mandate of fostering sustainability and growth of entrepreneurs in the sector, the Expo will feature FaceTime workshops, panel discussions and an opportunity for participants to network and make connections with industry experts and patrons.

In the meantime, Sharon Ffolkes-Abraham, minister of state in the commerce ministry, admitted that, over the years, the authorities have also made it difficult for entrepreneurs to get their ventures off the ground.

"Rather than make it easy, we have made it difficult, and I think that attacking that whole system is critical," Ffolkes-Abraham said, noting that her ministry has been addressing the problem from its end.

The process, however, must start with a shift in how government workers think and go about their duties.

"There are too many steps to do something that can be much simpler. We need to cut down on the number of steps to do business in any area whatsoever," she continued, outlining measures taken by the ministry to address lengthy delays.

Among them, she cited, is the implementation of a Business Registration Superform in January that enables entrepreneurs to visit one location to register their businesses as opposed to five, which was previously the case.

She added that there is also a need to computerise and integrate all government systems.

"It is going to take money to make sure that we are all on one system. Each ministry is on their own system and we need to coordinate all of those systems so you have one information about a particular business," she explained.

"The other thing we need to do is to decentralise. Kingston is the major place to do business, but there are other places on the island. And if we can make it easier for someone coming from Montego Bay or whichever other part of the island to get to the area that would get them into the business process, this is what we need to do," she proposed.