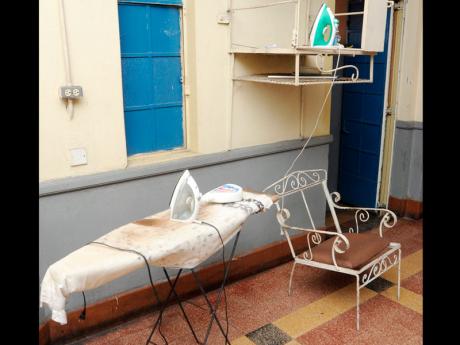 The living quarters at the City Centre Police Station. - Photos by Jermaine Barnaby 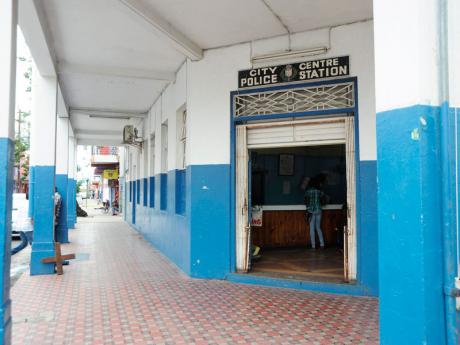 An outside view of the City Centre Police Station in Kingston, which is scheduled to undergo Labour Day work.
1
2

To the casual passerby, the City Centre Police Station in downtown Kingston appears to be in reasonably good condition.

But the well-painted blue and white walls outside the two-storey structure, located on Tower Street, belie the conditions on the inside.

At the top of the list is the stench emanating from a restroom located near the reception area where police personnel and members of the public interact.

Throw in the filthy recreational area with run-down kitchen and bathroom facilities, the rat infestation and a flaking roof and you get some idea of the conditions under which the men and women of the Jamaica Constabulary Force (JCF) are asked to serve and protect.

Added to that, the station, which is kept busy by the numerous street-level crimes reported in the downtown business district and surrounding communities, has no computer, no photocopy machines, no Internet and the cable service is paid for from the pockets of the men and women assigned there.

"It's a rough station to work ... . It's very depressing," shared one police officer, who revealed that on average, most persons assigned to the station spend up to 18 hours there.

Inspector Eucal Francis, the sub-officer in charge of the station, understands the frustration, but was full of praise for his team.

Not conducive to working

"Once you are in an environment that is really not so conducive to working, then it must affect morale somehow. If you are able to boost the morale of the staff, then you won't have to beg them to work ... persons will go the extra mile, above and beyond the call of duty," Francis told The Gleaner yesterday.

"My tolerance level is very high and the staff as well, and I must commend them for that ... . Oftentimes when you come to work you are just focusing on the task at hand and not the environment, but in retrospect, it must affect the output," he continued.

The City Centre Police Station has been selected as the Labour Day project for Kingston and there are high hopes that things will change. It is one of 15 police stations that have been selected as parish projects for tomorrow's Labour Day.

One of the areas Francis wants addressed is the entrance to the station. He said his vision is to have it transformed into a modern reception area to boost the morale of his subordinates as well as to enhance the experience of members of the public.

"We want to make it appear like an office where people can come and we can appreciate their reports and we can treat them like customers," Francis explained.

He said he understands the general economic constraints, but underscored that any initiative that would rectify the conditions would enhance staff morale.