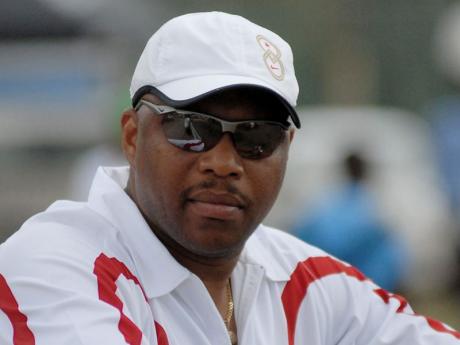 The timing of the IAAF World Relays isn't perfect, but Jamaica is going to The Bahamas to make a statement.

That's the message from Maurice Wilson, technical leader of the island's team, ahead of their departure this morning to Nassau, The Bahamas, where they will take part in the inaugural relay carnival on Saturday and Sunday.

"We have always done extremely well in the relays," Wilson said.

The local-based members of the 39-member team left the island yesterday morning from the Norman Manley International Airport and Wilson, who has led Jamaica's teams to several international meets such as the Olympic Games and the IAAF World Championships, is expecting the country's athletes to make a statement at the event, set for the Thomas A. Robinson Stadium on May 24 and 25.

Jamaica is set to compete in the men's and women's 4x100m, 4x200m and 4x400m with a female team also entered in the 4x800m, which Wilson believes will test and improve the island's middle-distance stock.

"I think we have a very strong team even though we will be missing persons such as Usain Bolt, Veronica Campbell and Stephenie McPherson," Wilson told The Gleaner. "I think in relation to the females, it may be a little bit tougher than the males, but I believe that we should do very well in the men's section and also as well in the women's section."

Wilson is, however, of the view that the timing of the meet will find most athletes short of peak conditioning, but is still expecting a positive showing.

"Most of the athletes are not necessarily prepared for a meet at this time of the year because it comes when most of the athletes are getting ready to go outdoors for their summer activities," Wilson said, "so it's not one of those usual meets where you are prepared and getting your best performances, but as usual we are going to give a good account of ourselves."

Turning his attention to the 4x200m, where Jamaica is expected to challenge the 1:18.68 seconds world record held by the Santa Monica Track Club since 1994 in the men's event, in spite of the absence of Usain Bolt, and the women's 4x800m, Wilson weighed up the islands chances.

"The JAAA and the athletes are always very ambitious, I have not heard any comments about that particular situation (4x200m record) but what I can say is that all those persons on that team have run below 20 seconds. We have to make sure that we have the persons who are in that kind of shape, but anything is possible because we have the calibre of athletes to make it happen," said Wilson.

"In terms of the women's 4x800m, we are moving in the right direction and it's clear that the JAAA is thinking long-term in the development of women's middle-distance running," Wilson noted.