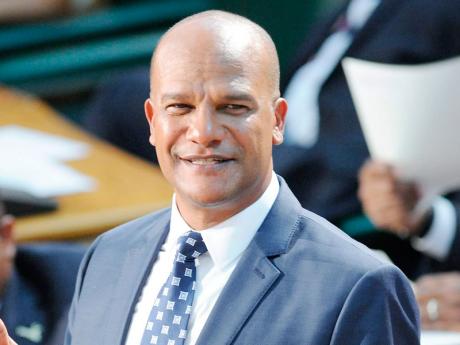 Minister of National Security, Peter Bunting, has pledged to establish a special facility for police personnel who may have run afoul of the law.

The promise has come, Bunting explained, in a bid to prevent lawmen, not yet convicted, being locked up with criminals in the main prison system.

Addressing the 71st Annual Joint Central Conferences of the Jamaica Police Federation at the Sunset Jamaica Grande Resort in Ocho Rios on Thursday, Bunting acceded to the request of the police federation chairman, Sergeant Raymond Wilson, for the establishment of such a facility.

Wilson, in his address to the conference prior to the minister's, had indicated that police officers who have been detained whether due to INDECOM investigations or otherwise, risk being hurt if they are made to stay in the same facility as hardened criminals.

While stating that he was not calling for what he termed a 'police prison', Wilson said it was 'cruel and inhumane to put an officer in a jail cell with prisoners he has arrested'.

Wilson asked for the "immediate" construction of such a facility.

Bunting, citing a precedent set locally by the Jamaica Defence Force, and acknowledging that such a system exists worldwide, supported the idea.

"I am committing now and asking the commissioner to give me a paper putting forward a proposal for a separate detention centre," Bunting told the conference.

"I am committed to take this to Cabinet to seek approval," he stated, to rousing applause.

Meanwhile, Commissioner of Police Owen Ellington called for electronic monitoring systems for violent offenders who are on bail or on suspended sentence.

Citing countries with much less crime statistics than Jamaica, which have implemented such a system, Ellington said with more than 2,600 violent offenders on bail, such a system would be a welcome boost to crime-fighting efforts.

"There are individuals who need to be monitored," Ellington insisted.

"We believe if we are able to monitor them, we can reduce the rate of offences, reduce crime levels and build safer communities."