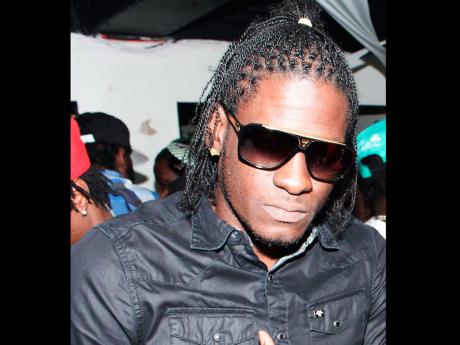 The winners of the competition will represent Jamaica in Trinidad and Tobago at the Guinness Regional Street Football Competition later this year.

Thousands of fans are expected to turn out to see four parish champions compete in an exciting semi-finals and final. Spectators will also be treated to a pulsating entertainment package.

Half-Way Tree Road will be blocked off from the clock to South Odeon Avenue and the area will be transformed into a mini-stadium. Off the field of play, some of Jamaica's best entertainers will line up to excite the crowd.

Khary Tucker, coach of Kingston, said they will be going all out to win the competition because they have been working very hard during the tournament to achieve this goal.

"Winning the final will be great for us, and so we are going to go out there and play to the best of our abilities to win the competition," said Tucker.

"We are very confident, but we are not going to take our opponents lightly. and so we are just going to stick to our game plan and remain calm and ensure that we play hard to win," Tucker added.

Kingston secured their place in the last four with an exciting 4-2 come-from-behind victory over neighbours St Andrew. Westmoreland ended the hopes of Manchester by defeating them 4-3 in a very exciting encounter to secure their place in the semi-finals. Westmoreland's coach Garfade Johnson is very upbeat about his team's chances heading into today's grand finale.

"We are very confident because my players are ready and they are energised, and so we are going there to collect the $1 million," said Johnson.

St Thomas booked their place in the semi-finals with an exciting 4-3 penalty-kicks victory over St Elizabeth, this after both teams had played to a 1-1 draw.

Hanover sealed their berth with a come-from-behind 3-1 win over St James.

The entertainment segment for the finals will be hosted by LIME brand ambassador Pretty Boy Floyd with top musical selections from ZJ Dymond and ZJ Smurf. Comedians and LIME brand ambassadors Ity and Fancy Cat will also be in Half-Way Tree along with special guest Aidonia.