Off the Wall returns next Saturday night 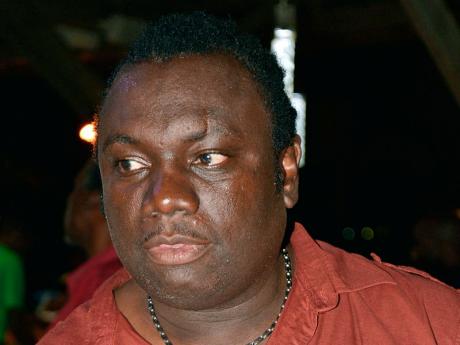 The Pier One complex in Montego Bay is set to ignite next Saturday night, May 31, with another staging of Stone's Ginger Wine Club's Off the Wall retro dance party.

Held bi-annually in May and November, Off the Wall is the brainchild of Montego Bay disc jockey-turned singer, Nash 'DJ Turbo' Lawson.

Speaking to Western Focus at a launch party held last Wednesday night at the venue, Nash said he became disenchanted with the current music scene and subsequently started the retro party to bring back fun vibes to the local party circuit.

"After analysing the entertainment scene over a period of time, I noticed there was a decline in the variety of the music being played at parties. As a DJ, I realised that the best music came from the '70s, '80s and '90s, and I saw a need to bring back those songs and rhythms to music lovers who enjoy this era of the music," the promoter said.

Following the trend of pre-vious years, patrons can expect to be seduced by some of the best retro hit songs, covering all musical genres.

Portmore-based security company Dier Executive Security Services will also be on hand to provide protection and monitoring services; therefore, partygoers can simply prepare to dance the night away with little or no worries.

"We are very pleased to be providing security for Off the Wall. Patrons can expect to get the highest level of security from us ... . We encourage everyone to just come out and enjoy the party, as you will all be safe," Joseth Brown, operations manager, told Western Focus.

This year, Nash has added a special treat for 'fashionistas' - a red-carpet attraction where photos with friends or that special someone will be facilitated.

In light of the steady success that Off the Wall has been reaping in Montego Bay since its inception in 2006, the promoter said that there are now plans in place to expand the party to other parishes and to the international circuit.