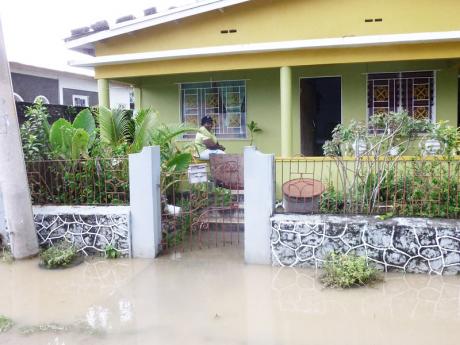 Patricia Porter looks on her yard which was flooded in January. - Photo by Orantes Moore 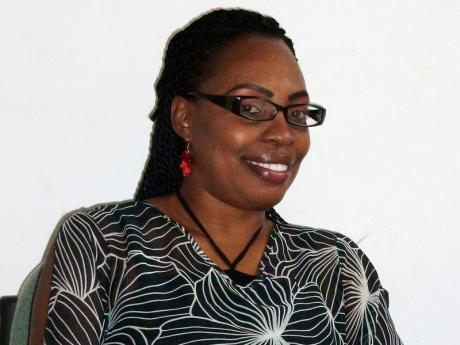 EVERY TOWN has its own issues and problems, but few are affected as badly as when St Mary's capital, Port Maria, gets flooded.

Sadly, the flash floods occur so frequently that, whenever grey clouds appear in the sky, the psyche and mood of the town's residents change as they remember how easily their homes and livelihoods can disappear.

Port Maria's councillor, Trecia Harris-Smiley, explained: "Based on dialogue with the residents, their main concern is the flooding.

"I was raised in Port Maria, and we normally have flooding, but the magnitude of the water has increased since 2006.

"Before that, when water came into our house, it was below knee height. But now, it's waist and even neck height, and that's no exaggeration.

"We can do things to mitigate it and continue to clean and maintain the drains, but we have had about three different companies and researchers do assessments, and their findings all seem to say the same thing: Port Maria's rivers - Paggee and Otram - need to be dredged, and that has to be a long-term project because there is no money to undertake something like that right now."

Harris-Smiley's comments were echoed by the Jamaica Cultural Development Commission's cultural organiser for St Mary, Denese Morrison, who has worked in Port Maria for the best part of 30 years.

She told Rural Xpress: "Feasibility studies have been done in this regard, and one of them said the sea is higher than the river. So when the river takes the water out of the town, the sea pushes it back.

"As a result, there will always be flooding; and it's only a matter of time before it happens again, either this year or next year.

Morrison added: "Since I've been working here, a lot of peoples' living conditions have become less favourable because, when the disaster hits, they are not able to rebound, so they continue to live in a deplorable condition in some of the areas.

"It's not a one-off situation and keeps recurring. Therefore, when it happens this year and you try to pick up the pieces and the same thing happens next year, it's almost like you're going three steps backwards."

In addition to its drainage problems, Councillor Harris-Smiley claims Port Maria also suffers from an influx of overzealous foreign traders who have little or no regard for the town's residents.

Harris-Smiley insists another major concern is the lack of sports facilities in the town. "The lack of a comprehensive sporting complex for young people is an issue," she explained.

"The MP for the area does have intentions to construct a multipurpose playing area, but maybe that is a long-term project.

"We don't have a good football field or netball court, and the young girls are asking for that. We have a lot of talented young netballers, swimmers, and basket- and volleyball players, and it would be great if we could look into making it easier for them. Because, who can tell what they could achieve with the right kind of support?"