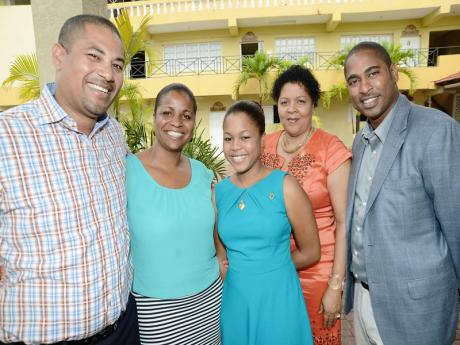 On May 19, 2014, South West St Elizabeth Member of Parliament Hugh Buchanan and his team visited the excavation site for the Luana Sewage Treatment Plant in Phase 3 of the Luana Housing Project. Following this, he engaged in conversation with several residents from the area, inclusive of Jack Williams, Eric Robinson, John Bardowell, and myself.

This revealed that Mr Buchanan adamantly opposes the location for the sewage treatment plant if it is a pond-style facility. His reasoning was that the sloped landscape would result in the overflow of stabilisation ponds, therefore, flooding the low-lying properties of residents, with effluence.

Also, Mr Buchanan stated that he would be in continued dialogue with the Housing Agency of Jamaica (HAJ) and the relevant authorities to have the Luana Sewage Treatment Plant relocated. He continued by saying that the developers and HAJ have a team of engineers who he is convinced can identify an appropriate location for the sewage plant.

We, the residents of Luana, Speculation and other affected areas, are exulted by the MP and his team, inclusive of Mr. Kern Smalling. It is our conviction that with the support of the MP and the councillor, Mordant Mitchell, two young but sharp minds, this issue will be concluded in a timely manner.

We hold MP Hugh Buchanan accountable for the advocacy of these communities, and anticipate that we will be afforded the divine privilege of an environment that is conducive to optimal health, success, prosperity and the general well-being of each and every community member.