DOCTOR'S ADVICE - My first time was a big let-down 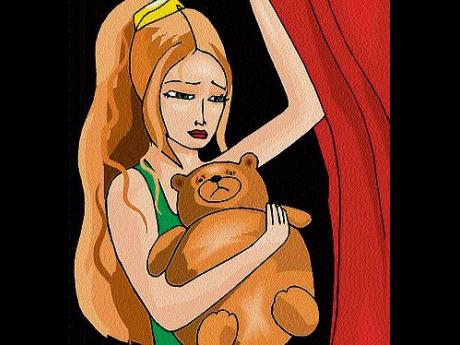 Q. Hi, Doc. I am a 19-year-old female studying science. I remained a virgin until this month, when I thought I might as well go ahead and take the plunge. I decided to give my virginity to another student. He is also 19, and he seemed pleased and excited when I told him I was going to let him have sex with me. He is a nice guy, and quite good-looking. I don't think he had much sexual experience. I had really built up my hopes for this, thinking it would be great. I had even been to the college doctor, and got her to put me on the Pill.

But, Doc, when the big moment arrived and he entered me, it was a complete fiasco! It was uncomfortable, and I felt no pleasure at all. The worst thing was that he climaxed within five seconds of getting inside me. So that was it. It was over almost before it had begun. And then he said that he could not go on, now that he had discharged. I was a little angry with him, but he maintained he could not help it.

So, Doc, could you give me some good advice? I have two questions:

1. Was it my fault that he orgasmed so soon?

2. Will sex always be as disappointing as this?

A.  Sorry to hear that you have had such a poor introduction to sex. In fact, research has shown that a very large number of younger women say that their first experience of sexual intercourse was disappointing or painful - and that it was over far more quickly than they expected.

Turning to your two questions:

1. No, it was certainly not your fault that the guy climaxed so fast. This young man may well have the common condition called premature ejaculation (PE). That is a disorder in which a man cannot help getting far too excited, and then orgasming very early in the proceedings. Treatment of PE is possible, but it is time-consuming, and far from simple.

By the way, the young man was telling you the truth when he said that he could not go on. Generally, when men have climaxed, they lose their erections. They may actually be quite tender to the touch for a little while, and it is often an hour or so before they can regain enough stiffness to have intercourse.

2. You want to know if sex will always be as disappointing as this. The answer is no, it won't. Remember, you were both very inexperienced, and he may have been very nervous. When you have a regular partner who knows what he is doing, matters will be very different. He will be able to get you romantically aroused, and know how to give you orgasms. With luck, he will be able to last a good, long time. Indeed, there are some men who can happily go on for half an hour or more, depending on what the female partner wants.

Should you continue to see this poor young man who 'came' so very fast? I am a little doubtful about that. You did not say that you love him, or that he loves you. You just indicated that he is 'nice' and 'quite good-looking'.  So perhaps it would be more sensible if you just waited until 'Mr Right' turns up in your life. I am sure that eventually, sex with him will be much better than it was on the night you lost your virginity.

Q. I am guy of 17 years. I was perfectly happy with my sex life until recently, when I read something alarming in a porn book, Doctor. It said that when a guy 'comes', he ought to be able to project his sperm a very long distance - like about 10 feet away from him! I saw a similar thing in a blue movie last year.  Now, Doctor, I will tell you the truth about me: I do not shoot my sperm any great distance at all. In fact, it only goes around a few inches.  Therefore, I would like to know, Doc, if I am abnormal? Will I be no good with women? Will they laugh at me? And will I be infertile?

In three-quarters of men, the seminal fluid just drips out;  But in some males (particularly younger ones), "the semen may be propelled from a matter of some inches to a foot or two". However, in rare cases, the fluid can be propelled as far as eight feet.

The other famous US sex researchers, Masters and Johnson, found that 'ejaculation distance' does not normally exceed one to two feet, and was usually a lot less. So you are normal and can forget all your worries.

Q. I am seriously thinking of going on the Pill because I have an active sex life. But how effective is it really, in percentage terms? I have heard people say that it only works 80 per cent of the time.

A No, that is quite wrong. Effectiveness rates for contraceptives are measured by calculating how many women would get pregnant during the course of a year while using them. This is called the failure rate.

In the case of the Pill, the failure rate for women who take the tablet exactly as prescribed is very tiny - about 0.3 per cent. What that means is that if 100 females take the Pill for about three years, only one of them would get pregnant. Obviously, that is a very low rate indeed.

However, there is one 'catch' here. In practice, many women do not use the Pill properly. They forget to take one or two tablets, or maybe start a pack too late. If you do that kind of thing, then the failure rate will certainly be higher. So you can see that it's important to take the Pill exactly as your doctor prescribes it.

A. Not at all, so you can quit fretting.

Q. Although I have never been pregnant, my doctor was willing to put a coil into my womb. The insertion hurt quite a lot, but now the pain has gone away. But what is puzzling me, Doc, is this. Ever since I had it fitted, my boyfriend has felt a 'tickling' sensation whenever we are having sex. Is this OK?

A. Yes. He is just feeling the little thread of the IUD (coil). If the thread causes discomfort during sex, your doc can shorten it with a pair of scissors. Do not attempt this yourself!