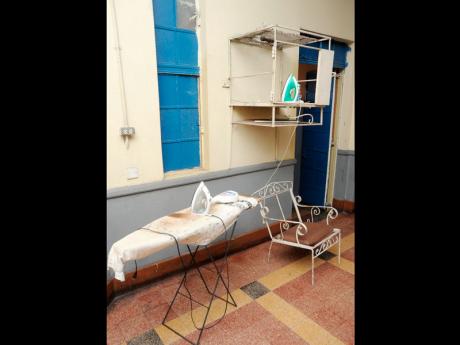 While other police stations across the island got a much-needed facelift during Labour Day activities yesterday, it was bitter disappointment for the police officers at the City Centre Police Station in downtown Kingston.

The station, located on Tower Street, had been selected as the Labour Day parish project for Kingston and was one of 15 station houses designated as parish projects.

As a result, Inspector Eucal Francis, the sub-officer in charge of the City Centre Police Station, and his team were expecting the two-storey facility to get a major overhaul. But that was not to be.

"When we were making the final preparations yesterday (Thursday), I got a call saying there was an unfinished project at the St William Grant Park and that the focus [for Labour Day] would be placed there," Francis said yesterday.

While acknowledging that the change was "out of his hands", Francis underscored that he was "very, very disappointed".

He added: "All persons were anticipating this renovation, so we are totally disappointed."

He got support from West Kingston Member of Parliament Desmond McKenzie, who revealed that he had secured supplies and private-sector support for the project.

"It is unfortunate that the parish project was switched," said McKenzie, as he pointed out that the St William Grant Park underwent renovation work two years ago.