Florence: A journey into artistic treasures 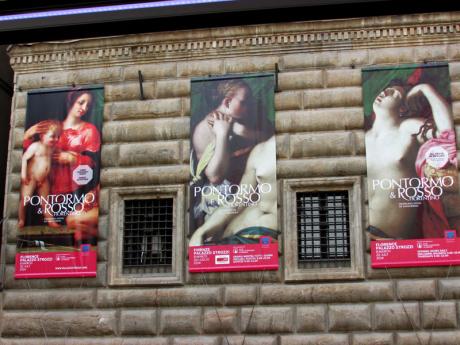 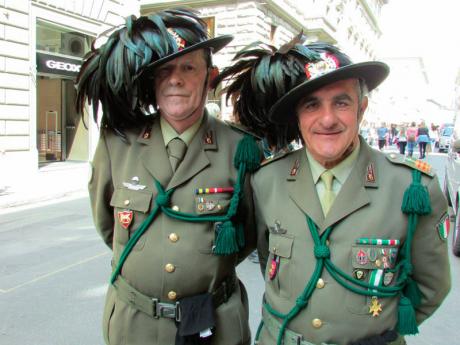 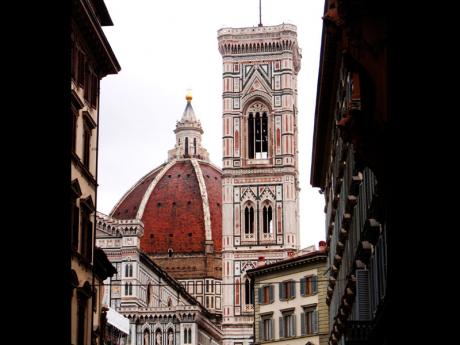 Duomo of Santa Maria del Fiore and Campanile (above) and the Santa Novella Church (at top).-Photos by Laura Tanna 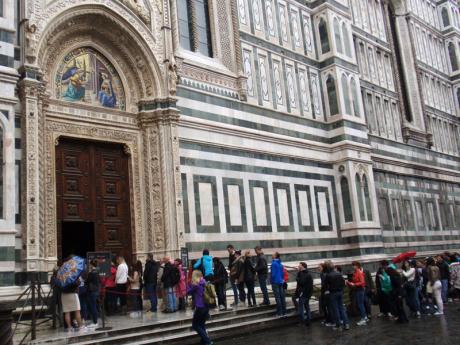 Crowds at Duomo waiting to enter. Note the white marble of Carrara, green of Prato, and red of Siena. - Photos by Laura Tanna 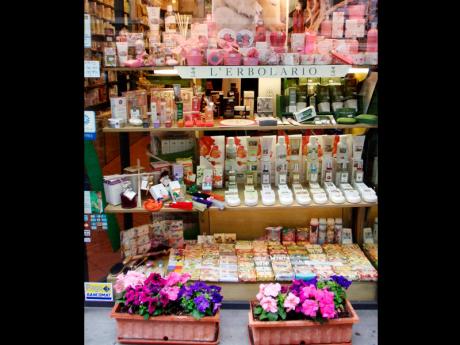 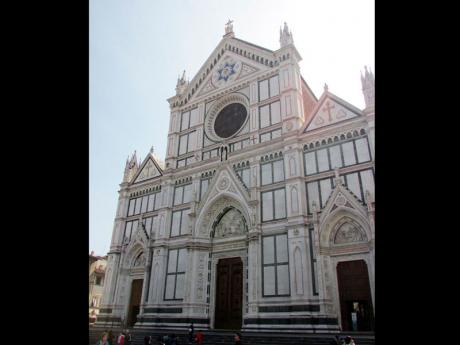 Florence, the northern Italian Tuscan city on the banks of the Arno River, is renowned for its architecture and artwork which flowered in the 14th to 16th centuries.

Founded in 59 BC when Julius Caesar gave his war veterans the Arno valley to farm, today, six million tourists annually visit Firenze - which has a population of 370,000 - and millions more are anticipated when China's and India's middle-classes assert themselves as global tourists.

To avoid standing in line for hours at museums or churches, book your admission online in advance, indicating not only the date, but the hour at which you wish to enter.

A shopkeeper mentioned that February is the best month to avoid crowds if you're interested in indoor art and weather doesn't matter to you.

We chose late April and selected Hotel Helvetia & Bristol in ancient Florence, where the most famous museums and piazzas are within walking distance, and where traffic is restricted to pedestrians, resident drivers and taxis.

For our first morning, I arranged by email, with our hotel concierge, to book a guide to give us an overview of the city.

It had been 38 years since our last visit and we honestly couldn't remember anything except that we'd had two excellent meals at Ristorante Sabatini and that the Hotel Excelsior had given us a room the size of a broom closet, perhaps the reason we'd taken so long to return. Also, without guides, the first time we hadn't fully appreciated the city's history.

Fadi Bassil and Massimo Teresi of SunnyTuscany.com walked us across the street to the 15th-century Palazzo Strozzi, where two painters of the Medici era are featured in an exhibition titled Pontormo e Rosso Fiorentino, Diverging Paths of Mannerism open until July 20, 2014. Fondazione Palazzo Strozzi works at revitalising the city centre by using the famous Renaissance palace as an exhibition and conference centre with café.

Our concierge, though, had not told us that April 25 is an Italian national holiday, celebrating victory over the Nazis in 1945, so streets everywhere were more crowded than usual.

One delightful side effect was that veterans were out in full force, especially at nearby Piazza della Repubblica, a vast public square skirted by restaurants and a beautiful carousel for children to ride.

Then it was off by car to the hills above the left bank of the Arno. Forte di Belvedere, commissioned by Grand Duke Fernando I, built by Bernardo Buontalenti 1590-95 as protection for the Medici family and known for its spectacular views of the city, had closed in July after a visitor fell to her death.

Reopened after our visit, it is controversially desired for the latest Kardashian wedding. We stopped next to it at Piazzale Michelangelo for an overview of the city's skyline, dominated by Duomo Santa Maria del Fiore, the third largest church in the world after St Peter's in Rome and St Paul's in London.

Famous for a cupola designed by Brunelleschi and a campanile or bell tower by Giotto, the stunning surface is a creation of white marble from Carrara, green marble from Prato, and red marble from Siena. Shops surrounding Piazza del Duomo are equally colourful, offering everything from Chianti wine, pasta, spices, candies and olive oil to beautifully decorated stationery, soaps and perfumes.

On the subject of soap, Fadi insisted we see Officina Profumo-Farmaceutica di Santa Maria Novella, one of the oldest pharmacies in the world, established by Dominican monks shortly after their arrival in 1221, adjacent to Piazza Santa Maria Novella.

Based on their cultivation of herbs for medicinal purposes, the fame of the friars' preparations spread until in the 18th century their products reached Russia, the Indies and China. In 1866, the government confiscated the church's assets and it became a state-owned enterprise until the Stefani family bought it. You must visit, not only for the soaps, perfumes, liqueurs, etc. but for the incredible portraits, ceramics, and frescoes.

To top it off, a Swiss couple arrived with their 176lb St Bernard dog in tow. Never before in real life had I seen one of these creatures famed for saving people lost in the Alps.

The couple apologised saying they couldn't leave him in the hotel room! Just around the corner, Santa Maria Novella, the 13th-century Dominican church with a 14th-century façade, contains works by Ghirlandaio, Giotto, Brunelleschi and Masaccio's 'Trinity', one of the first examples depicting perspective in painting.

Crossing to the other side of town we visited the Franciscan Santa Croce Church, where Michelangelo, Galileo and other great Italians are buried. A series of Giotto's paintings are among its treasures. Nearby stands the Palazzo and Museo Nazionale del Bargello with its fine collection of medieval art.

Truly, Florence is such a repository of artwork that one can be overwhelmed and exhausted.

Finally, we returned to the river and walked across Firenze's famous Ponte Vecchio or Old Bridge. Once the locale of butchers, in the 16th century Fernando I de Medici had them removed because of the smell, replacing them with more agreeable silver and goldsmith shops.

To this day, the stalls on this most renowned covered bridge over the River Arno are exclusively that.

Our guide suggested lunch at Le Volpi e l'Uva enoteca, Piazza dei Rossi, 1, a small restaurant near the Pitti Palace, but it was full. Instead, on fashionable Via Tornabuoni 16, we discovered Obika mozzarella bar, a mod chain of simple but elegant pasta restaurants featuring Mozzarella di Bufala of southern Italy.

Another noon, it was Odeon Bistro, and one evening, Colle Bereto, both very lively, casual places filled with locals in Piazza Strozzi. A particularly warm and wonderful restaurant recommended by several people was Ristorante Oliviero, Via delle Terme, 51 where Francesco Altomare, the owner since 1962, and pianist Daniele Piccioli showed us a perfect evening.

Next week: The journey across Florence continues with Famous Pitti Palace, Galleria dell'Accademia and the Ufizzi Gallery.