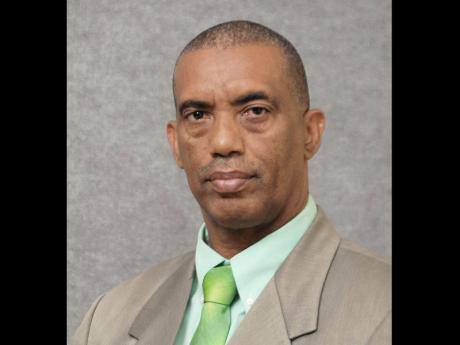 The validity and sustainability of public policy is based not on the approval of pundits but by acceptance and compliance by the people. The Jamaica Public Service Company (JPS) has told us that some 200,000 of their customer base, or 37 per cent of householders, steal electricity. To put this into context, only 2.5 per cent of 16,000 households in Jamaica are outside the reach of the national electricity grid and, therefore, without access to electricity. The theft of electricity by such a substantial minority of electricity users is, therefore, not so much a question of morality as a question of national development.

The ability of a country to add value to the foreign direct investment dollar will come from social investment in health and education. This was the lesson garnered from the social Asian Tigers in the 1990s.

To this end, the Jamaican Government, over the last 20 or so years, has made education the primary spend from the fiscal Budget after the payment of the national debt. During the short-lived reign of the Jamaica Labour Party in Government, for its part, it made access to public health-care facilities free to the end-users. This, therefore, is concurrence and consensus around these two key indicators that it is right and necessary that public policy must, at a minimum, be aimed at ensuring affordable access by the population as a whole to health care and education.

I would like to suggest that the theft of electricity by greater than one third of the potential customer base of the JPS raises a question that may result in the broadening the public-policy priorities. The question is whether or not affordable access to public utilities of electricity, water and telecommunications should not be given the same, or similar, policy priority that health and education are given. It is true that pragmatic considerations can drown the argument before it can even be made. However, the people appear to be ahead of us and have forced us into the debate.

In order to respond to the question, we have to pay attention to the ways in which the world has changed in the lived reality of the people over the last three decades, and the ways in which those changes have resulted in increased marginalisation of the people. To be energy poor or to be without access to technology in today's world is to be as much at risk as it was to have been illiterate and uninoculated against certain tropical diseases in yesterday's world.

The Rural Electrification Programme (REP) has been an instrument of public policy since 1978. It has been used to bring more than 50,000 households on the national electricity grid. At present, the conclusion is that the REP has been an effective policy instrument; and its mission almost accomplished.

It will take a further J$44 billion to put the remaining 16,000 households on the national electricity grid. This is thought to be unaffordable by the Jamaican State, especially in respect of those households that are more than two kilometres away from the grid. Therefore, renewables including solar, wind and biomass are being explored as options to provide cost-effective solutions.

I am suggesting that the massive protest against the unsustainably high cost of electricity to domestic users by the spiking of electricity theft is a demand for a policy discussion and a policy solution. The issue of access to education, health care, and now public utility is a moot question.

Successive administrations have tended to be simplistic in the options pursued in order to increase access. As a knee-jerk reaction, governments have offered access to these public goods free of cost to the end-users. However, this has not had optimum results either in health care or education. The one-size-fits-all approach by making health care and education free has not worked evenly across the board.

For example, in the public education system, Government has allowed students to take exams in certain core subjects, with the state bearing the cost. In the large number of instances, students have not even bothered to show up to sit the exams. It would have been better if the students had been made to pay something.

In summary, therefore, the name-calling and the accusation of misfeasance on the part of huge number of households that are stealing electricity will not take us very far. It needs to be acknowledged that the stealing of electricity is an act of protest against the cost of electricity. It is a crude demand for an approach to the provision of public utility that would not render the poor, in their own eyes, as invisible and as non-persons.

Moral suasion will not take us very far. Enforcement will not change the behaviour. A frank discussion is needed in which we explore the options to grant affordable access to electricity and technology. These are very expensive items, and I am by no means asking the Jamaican State to offer to lend more money than it has. I am neither calling for subsidies nor for flat rates.

One idea that comes to my mind is the development of micro-solar-grids in communities with high incidence of electricity theft. I also believe that prepaid meters may offer some solution.

Garnett Roper is president of the Jamaica Theological Seminary and chairman of the Jamaica Urban Transit Company. Email feedback to columns@gleanerjm.com and garnettroper@hotmail.com.