Film lot to be built in St Thomas 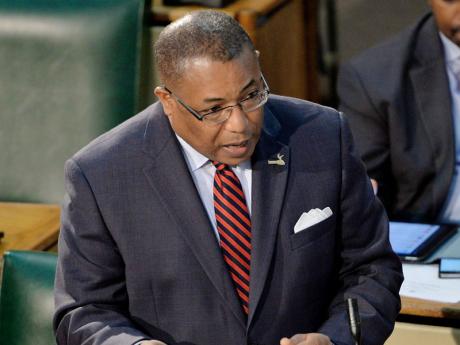 Minister of Industry, Investment and Commerce, Anthony Hylton, has announced plans to construct a film lot in Jamaica.

According to Hylton, negotiations are far advanced for the lease of a 20-acre former Goodyear factory and complex, near Morant Bay in St Thomas, as the site for the film lot.

The minister pointed out that the lot will have multiple stages, outputting at Hollywood standards.

Hylton made the announcement during his contribution to the 2014-15 Sectoral Debate in the House of Representatives on Wednesday.

"A Hollywood studio has agreed to provide oversight on the project," the minister said, adding that the group, Real Vibez, is also in discussion with a leading music and film-production school in the United States to build a campus at the lot.

He further revealed that a deal to produce five films has been signed with Steven Paul, who produced the films Ghost Rider and Baby Geniuses.

The announcement comes as the Government places increased focus on the development of the cultural and creative industries.

Hylton said his ministry is in the process of reforming the National Industrial Policy to broaden the focus from trade in goods, services, and commodities, to place greater emphasis on high-tech and knowledge services, focusing on design and intellectual property.

He noted, too, that the Government, through the ministry and the Jamaica Intellectual Property Office, was committed to ensuring the highest level of intellectual-property protection for the Jamaican creative and cultural industries and to stimulate growth of the sector.

The minister expressed hope that with the easing of the process to pass benchmark legislation under the International Monetary Fund programme, important laws affecting the creative and cultural industries, would see movement this year.